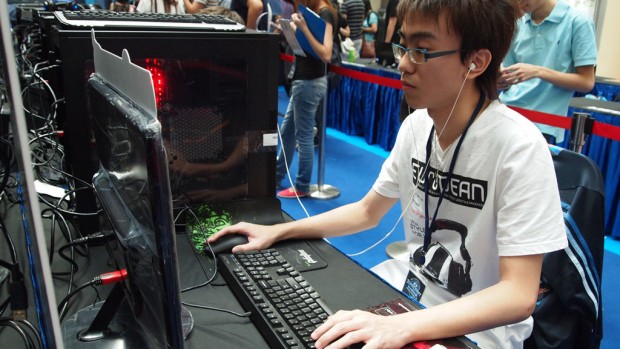 Marcus “Revenant” Tan dropped a game against cvsbinu in Day Two of the StarCraft II World Championship Series Singapore Nationals, breaking his vow to maintain a clean sheet throughout the tournament. However, the Flash eSports player still made it into the top three by winning the match 2-1.

Revenant had said that “anything less than a clean sheet would be a let down” to his team in an interview with No Game No Talk. The game was the only game he dropped in the tournament so far.

The other two players in the top three are Team Eve’s Jason “Yekke” Chan and Flash eSports’s Ryan “Kyzer” Low.

Kyzer entered the top three after defeating teammate Bryan “Drake” Sum in the losers’ brackets finals. Flash eSports missed an opportunity for a clean sweep of the top three positions after Kyzer and Drake dropped games against Yekke and Bryan “nirvAnA” Choo in the winners’ brackets respectively.

nirvAnA, who came out of retirement to play in the WCS Singapore Nationals and was a long shot for a top three finish, was eliminated from the tournament after losing to Yekke in the winners’ brackets and Kyzer in the losers’ brackets.

The brackets for the tournament are below: