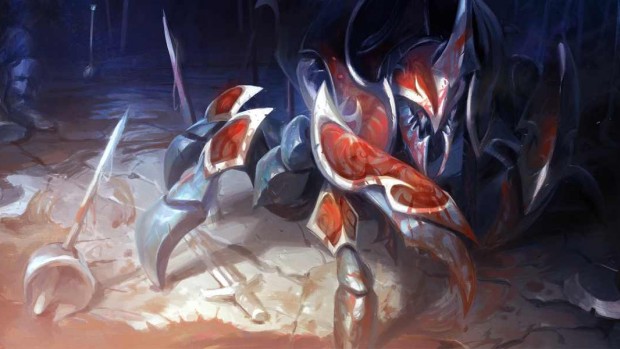 Nyx Assassin, Keeper of the Light, and Visage are the latest three heroes to join Dota 2, in what possibly will be the last hero additions until after The International tournament.

According to the Dota 2 development team, they “want to give the competing teams some time to practice with a stable Hero roster, and [with] as few new bugs from us as possible.” Judging from this statement, we guess that probably means we won’t see any more heroes added till after The International.

It will be interesting to see if the new additions to the hero roster will result in new team lineups. Nyx Assassin (known as the Nerubian Assassin in Dota) is an Agility ganker, Keeper of the Light is a dedicated pusher, and Visage is a semi-versatile Intelligence hero. All very effective heroes in their own right.