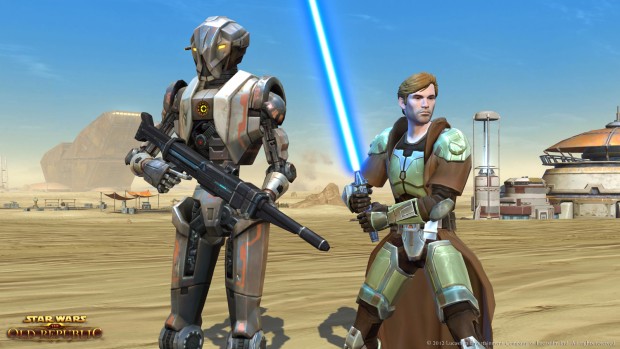 Now anyone can be one with the Force. Electronic Arts has announced that its Massively Multiplayer Online Game, Star Wars: The Old Republic (SWTOR), will be adding a Free-to-Play option this fall.

“Players want flexibility and choice. The subscription-only model presented a major barrier for a lot of people who wanted to become part of The Old Republic universe,” said Matthew Bromberg, General Manager of BioWare Austin.

Free-to-Play players will be given access to each of the eight iconic Star Wars character class storylines all the way up to level 50. However, certain features, such as Character Creation Choices, Flashpoints and Space Missions, among others, will be restricted.

To get unlimited game access to those features, Free-to-Play players can then choose to either make individual purchases or get a subscription.

At the same time, EA has not forgotten about SWTOR’s existing players. Depending on how long they have subscribed to the game, existing players will receive monthly grants of “cartel points”.

These cartel points can be used to unlock customisable options and in-game items. Former players who who re-activate will also qualify for special benefits.

And while going the game may be going Free-to-Play, the game itself is not free; new players will be required to purchase a retail copy of the game itself. The standard edition of the game will be available for US$14.99 from 7 August, and will include a free one-month subscription.

More details about the rewards for existing P2P players can be found here. Be sure to also check out the official SWTOR blog site for the latest updates straight from BioWare.