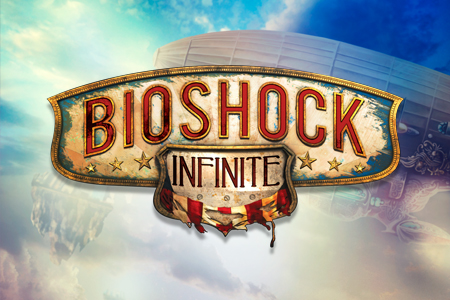 Fans eagerly awaiting BioShock Infinite have cause for worry. Reports coming out of Irrational Games claim that Infinite’s multiplayer modes have been scrapped, along with news that members of the Infinite team are leaving the company.

This news follows an announcement made in May that BioShock Infinite will only be released next February (Originally it was slated to be out this October).

According to Kotaku, Irrational Games has gone through two potential multiplayer modes for Infinite, and both of which have been cancelled, without any word if any multiplayer component still remains in the game. The two concepts were said to have been a cooperative tower defense game, and the second a co-op team mode.

At the same time, two senior members of the development team — art director Nate Wells and director of product development, Tim Gerritsen — have left the company.

They are the latest in a string of high profile departures from Irrational, with design director Jeff McGann, producer Joe Faulstick, principal systems designer Ken Strickland, senior level designer Steve Gaynor, and systems designer Tynan Sylvester, among others, having left the company already.

Speaking to Kotaku about the axed multiplayer concepts, Creative Director of Irrational Games, Ken Levine, tried to allay concerns about the (lack of) progress surrounding the game. “As I’ve always said we are experimenting with things, and only if they are good enough will we put them in the game”

Regarding the departures from the company, Levine pointed out that the core team from BioShock 1 are still all on Infinite. “I don’t think there’s a single senior BioShock team member that isn’t here, which I think is amazing and a testament to their commitment to the studio”, he added.

BioShock Infinite is a first-person action-adventure game set in the fictional floating city of Columbia during the early 1900s, and is the third game in the BioShock series.  The game made an appearance at 2011’s E3 and impressed numerous critics, but was not previewed at this year’s expo, raising further questions about the state of the game’s development.

Infinite has certainly plenty of expectations to fulfill after its brilliant demo at 2011’s E3 and news like this certainly does raise a few eyebrows . Lets hope Levine has got a handle on things  and that the game is indeed on track to be released in February 2013.

BioShock: Infinite not coming out in 2012 after all, delayed to 26 Feb