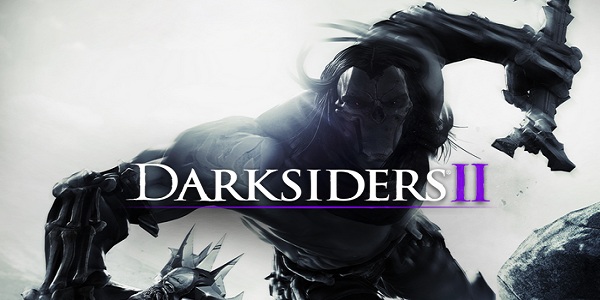 As far as sequels go, most games would usually move the plot forward, or focus on fleshing out the backstory. Darksiders II chooses to advance the storyline, taking place during the same time in which War, from the first game, is sent to Earth. We follow Death as he goes about discovering the true motivations behind War’s framing across multiple zones, encountering the irony behind the neverending war between Heaven and Earth.

Fans of the first game will not be disappointed. Vigil has done a good job expanding on the foundations that were laid for the first Darksiders, making it bigger and better. The wheel is not reinvented but as the saying goes, why fix something that is not broken?

The Darksiders franchise borrows heavily from other titles of its genre especially from the God of War, Zelda, and Metroid franchises. In Darksiders II, be prepared as additional elements from Grand Theft Auto, Portal, and Diablo are thrown into the fray as well. There is so much to do apart from just completing the main storyline. Darksiders II is not your usual title to rush through as multiple playthroughs will be required to enjoy the entire package. Be forewarned though, the puzzles are only fun on the first try, becoming mere speedbumps for subsequent re-runs after you’ve figured out their solutions. It’s sad but true, because the puzzles in the game are the most enjoyable ones that I’ve experienced for its genre, apart from the recent 3D Castlevania games.

Combat in Darksiders II feels more like a stress reliever, especially after completing a lengthy puzzle section. Eventually, players will realise that in every quest, objectives are broken up into a specific sequence: collect three of an item, fight some enemies in between, fight a mini-boss, more puzzles, fight more enemies, and finally, the end boss for the zone.

I loved the pacing of the game. Unlike most titles, the puzzle sequences are more detailed and complex from the beginning, ending with a short and simple race to the final objective with plenty of combat in between.

This helps immensely for certain areas of Darksiders II as there are some pretty irritating puzzle sequences caused by poor camera angles — you cannot see the actual objective or interactive item that is required to move the sequence forward. While there is a hint system in the game (a crow named Dust), he is often pretty clueless and will lead you running in circles. Apart from that, the satisfaction derived from completing a puzzle gives you that familiar buzz that makes you crave for more.

The game’s focus on puzzles are both its pros and cons. The experience is largely marred by poor graphical cues on top of the bad camera. There was one particular section where a climbable wall was camouflaged into the background — the visual indicator signalling that you could climb that portion had completely vanished . This left me stuck for a awhile, going around in circles before a random leap into the background resulted in Death grabbing and hanging on to the wall.

Button mashing combat is fluid as the one found in God of War. The system is very forgiving and the game can be cleared by simply pressing only one button if that is your kind of thing. The more enemies you kill, the more currency you get to purchase new moves but that’s just the beginning. In Darksiders II, currency can be used to buy items for Death. Yup, sounds like Diablo except that each upgrade brings a significant improvement to Death’s attack damage and there will be little need for farming. Enemies and chests are very generous when it comes to upgrades.

Boss fights are top-notch and you can’t simply hack away at the boss while pressing the dodge button in between. While the bulk of the engagement still requires some button mashing, the use of abilities to weaken or cripple the boss is mandatory. It gives the player the chance to use Death’s puzzle solving abilities in a larger context. The best part about the boss fights? No silly quick-time events (QTEs). I think modern videogames simply have too much of them.

Loot in this game is categorised by colour and the best and most unique items are orange. Orange loot, otherwise known as Possessed Weapons, actually gain levels based on the amount of items that are sacrificed to it. Possessed weapons can be leveled a total of five times and are more powerful than any lootable item in the short term. I do love this feature as it gives gamers more time to play the actual game, instead of staring at their character screen figuring out how to make things work out. Vigil has done a great job introducing a new system without making it the elephant in the room.

My one key gripe for the game is that there are just too many abilities offered to the player. As Death progresses in level, he gets the opportunity to learn new skills, on top of the abilities that Death obtains to overcome the puzzles in the game. This issue may be more prevalent on the console version as there is a dire lack of spare buttons that can be assigned to the controller.

Overall, Darksiders II is an enjoyable experience especially if you love a good mix of both puzzle solving and button mashing combat. It took me about 17 hours to get through the entire game on Easy with one or two side quests completed, and there are still many locations in the game that I have yet to visit! Don’t be afraid to spend all your cash on abilities as there is a New Game+ and the hardest difficulty will be unlocked then. However, do note that once the game is completed, there is no going back so be sure to finish up everything before the last engagement.

Verdict: Buy it (if you love God of War and Portal).