The Intel Extreme Masters (IEM) event in Guangzhou, China has been cancelled partly due to the political fallout from the ongoing territorial dispute between China and Japan over disputed islets in the East China Sea, an announcement by event organiser ESL suggests.

According to the announcement dated Wednesday, ESL said the IEM Guangzhou event was called off due to the cancellation of the Anime Comics and Games (ACG) show. The tournament was slated to have been held alongside the AGC event from September 30 to October 4.

ESL went on to state that “unofficial sources in China report that the cancellation was connected to the current political unrest between China and Japan and the nature of the ACG show which heavily features Japanese culture, causing security concerns”.

The mention of the “current political unrest between China and Japan” is a clear reference to anti-Japanese protests which have spread across China following a series of politically-charged actions from both countries related to the disputed islets, known as Diaoyu in China and Senkaku in Japan.

ESL’s director of pro gaming Michał Blicharz said: “We are terribly sorry to disappoint esports fans that were expecting to enjoy the event, especially all Chinese esports fans. Unfortunately, the circumstances that forced the cancellation upon us were entirely beyond our control, though we understand and respect the decisions made by the Anime Comics and Games organizers.

“Despite this setback, we are working very hard on delivering more fantastic events for esports fans around the world. We will soon announce more Intel Extreme Masters tournaments, including another one in Asia.”

The other IEM tournament in Asia Blicharz mentioned is likely to be a Singapore event, according to an accidental information leak by global sponsor BenQ last month.

While the worlds of politics and esports seldom collide, they are no strangers either.

In 2007, the Taiwan World Cyber Games team was involved in an altercation with the China team and Chinese media representatives after Project Gotham Racing 3 bronze medal winner You-Shen “D2C-BURBERRYqq” Liu unfurled the Flag of the Republic of China on the podium — an act which suggests Taiwan’s sovereignty and independence from China, a sensitive political issue even today. 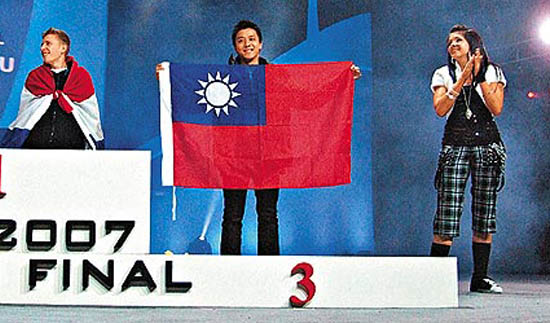 SSF4AE: Gackt and Mango to represent Singapore in China [Updated]