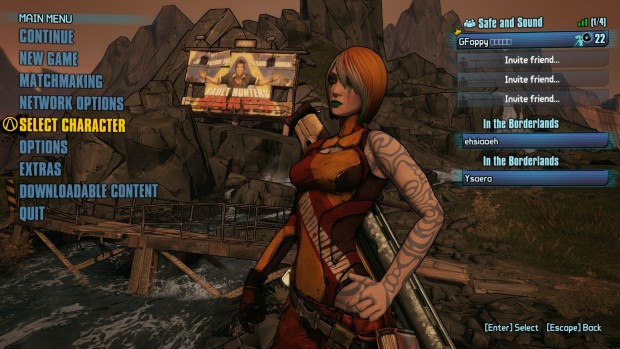 Borderlands 2 has been out for a few days, and while I am nowhere near to completing the game yet, I’ve acquired enough experience during my 40-hours of play to teach you some tips and tricks on how to maximise your playing experience, especially if you’re still a newbie starting out.

1) Complete all of the pre-Sanctuary quests

The temptation to start off with a level one character, and join a friend’s high level game to power level your character is great… but you shouldn’t do such a thing, because the opening quests are very important. It only takes about 2.5 hours for new players to reach Sanctuary, and by then, you would have already reached level nine with some decent quest loot: a free shield, a free green shotgun or sniper rifle, and plenty of starting cash. Completing the pre-Sanctuary quests also unlocks your third weapon slot.

You should always be playing the game in co-op mode with at least one friend. Although enemies are stronger, you get better loot drops, and it’s simply more fun to shoot enemies with allies by your side. It can be frustrating when you want to advance the story and your friends aren’t online, so why not start an alternate character while waiting? See tip number one.

If a monster is four levels below your character level or more, don’t bother killing them (unless you are completing a quest). Just sprint through the area and ignore them. The diminished XP you obtain from defeating low level mobs is just simply not worth it. You are wasting ammo and unnecessary time.

4) Learn to diversify your weapon equips

I have seen Assassins equipping four sniper rifles in their weapon slots (“one for each element” was their explanation), and this is just simply setting yourself up for trouble when you start to run low on ammo, or need a different type of weapon for the situation.

Yes, by all means, use the weapons that you like. But always have a backup weapon when things start to go wrong (this happens a lot in Borderlands 2). A good rapid fire shotgun when a Goliath suddenly rushes you; a shock SMG to bring down a strong enemy shield; a corrosive assault rifle for dealing with flying Buzzards are some examples.

5) You can still move while Fighting For Your Life

Unlike Borderlands 1, you can now move your character when in a downed state. Use this opportunity to move closer to a nearby enemy to revive yourself with a Second Wind. Or move your body to a safe spot, preferably behind cover, so that your friends can revive you easily.

6) You can still sprint and pick up items while reloading

While reloading your weapon, and especially if it has a long load time, you can still sprint and pick up items and ammo without breaking your reload animation. Use this chance to get yourself into a better defensive position, or to replenish your bullets from a nearby container.

7) You can interrupt “auto burst” shots by unzooming

Many guns will automatically fire burst shots while zoomed in. This seems like a drawback for sniper rifles, since the burst fire will actually increase your recoil and cause the rest of the bullets to miss. The trick is to unzoom your weapon after pulling the trigger. This will interrupt the burst shot and prevent the rest of the bullets from firing. Disabling the “Aim Toggle” feature under the Options > Gameplay menu will make this trick easier to perform: just release your finger from the zoom button immediately after shooting. 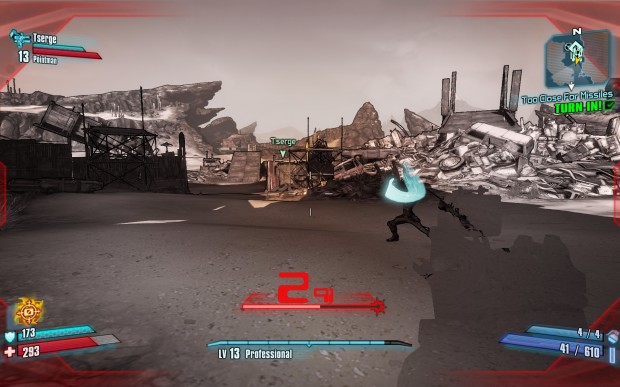 This is self-explanatory. Deception turns you invisible, allowing you to land an easy sneak attack critical. How long you decide to stay invisible is entirely up to you. Ending your invisibility early results in a shorter cooldown for your skill, while waiting till the last possible moment results in a higher damage bonus. Again, with such a short 15 second cooldown (only the Siren’s default Phaselock is faster at 13 seconds), if you are not casting Deception all the time, you probably shouldn’t be playing this class.

2) You can revive teammates without breaking your invisibility

Deception is a great skill for reviving teammates. The decoy will distract enemies, and performing a revive does not break your invisibility. Be warned however, that some enemies will continue to shoot at your friend’s body while they are down. Pay attention to what your enemies are doing, and make sure you are not caught in their line of fire during a revive.

If you need to damage your enemy while invisible, but don’t want to end your Deception state too early, just throw a grenade! This also applies to Tediore guns that allow you to throw your reloading gun at the enemy.

4) Missing a melee attack does not break your invisibility

Unlike Lilith’s Phasewalk from Borderlands 1, if your melee attack does not hit anything, you will still stay invisible. This is useful for the Death Mark skill and melee-oriented Assassins. 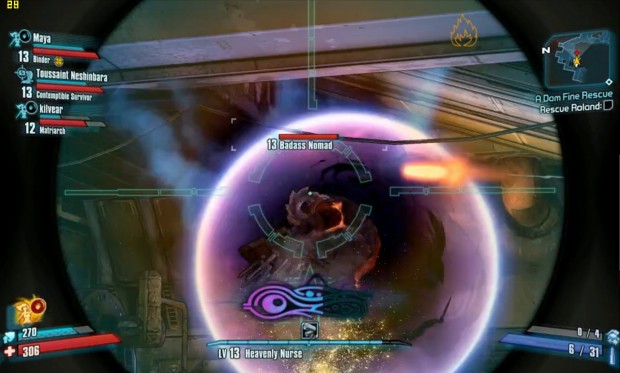 If you have a group of two or more Sirens, spamming Phaselock repeatedly on the same target or boss may sound like the most logically broken thing to do. But after the third or fourth continuous Phaselock, the suspension duration is decreased dramatically to about one to two seconds. Keep this in mind.

2) Be careful who you decide to Res

For medic Sirens with the Res skill, nothing is more frustrating than reviving a friend using Phaselock, only for them to immediately go down again. Make sure that it is safe to revive them before using your skill. It is also a good courtesy to inform downed teammates that you are about to revive them, so that they can prepare themselves. If you have an Assassin in your group, you should always revive him first: Assassins can use their invisibility to help you revive other teammates.

1) Throw your turret and run

Find a good spot to set up your turret, then hide in a safe spot and support your turret from afar. This makes the Commando such a great solo class, because you can simply let your turret do all the work.

2) Do not be worried about losing your turret

Remember, when your turret is deployed, it becomes another target for your enemies. If they are firing down on it and severely damaging it, it means your turret is doing its job. Finish off your weakened enemies, wait a while, and resummon your turret again once the cooldown has ended.

Unfortunately, I have not played the Gunzerker class yet, so I cannot offer any tips for him. Have fun with Borderlands 2!

The Witcher 2 Patch 2.0: A Quick Look At Arenas