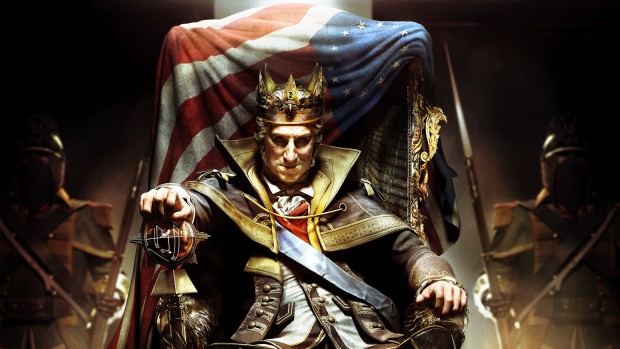 George Washington is considered one of the greatest individuals to ever serve as the president of the United States of America. But what if  he became corrupt with power and crowned himself the new King of America, crushing all who defied him? And what if you, a hardened assassin who once called him friend, was the only one who could stop him?

Now you have a chance to find out. Ubisoft announced on Wednesday that they are releasing “The Tyranny of King Washington”, as the first of five pieces of downloadable content for Assassin’s Creed III.

‘The Tyranny of King Washington will be a single-player campaign told through three episodic content packs that lets gamers experience an alternate history of the events following the American Revolution. The DLC however, will not be part of the Assassin’s Creed canon. Revisionist history, however, is always fun, so we don’t mind that at all.

In addition, Ubisoft also announced that a Season Pass for all five planned DLCs is available for purchase at 2,400 Microsoft Points or US$29.99 on the PlayStation Network. The Season Pass allows the owner to purchase the DLCs at a discounted rate and to have early access to the content.

Assassin’s Creed III is set for release in North America on 30 October for the Xbox 360 and PlayStation 3. The PC version is scheduled for a 20 November release.

What’s in store for Assassin’s Creed in 2012