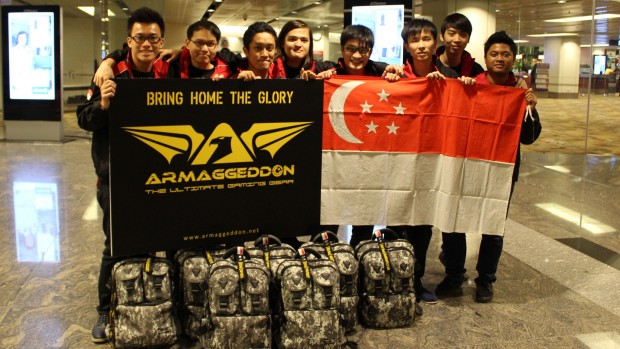 Bf.Nut is arguably Singapore’s strongest Battlefield team, having put together an impressive string of victories both in Singapore and Asia-wide tournaments since their founding in early 2004. They are currently sponsored by Armaggeddon, AMD, Colosseum, AfterShock, Quirky Designs, and supported by SCOGA.

Bf.Nut received a grant of S$3,600 from SCOGA’s GAP fund to help finance their trip to Sweden.

A small group of well-wishers showed up from 7pm to send the team off, including the team’s sponsors, family, and friends.

The team of seven flying to Sweden include:

The prize breakdown is as follows: