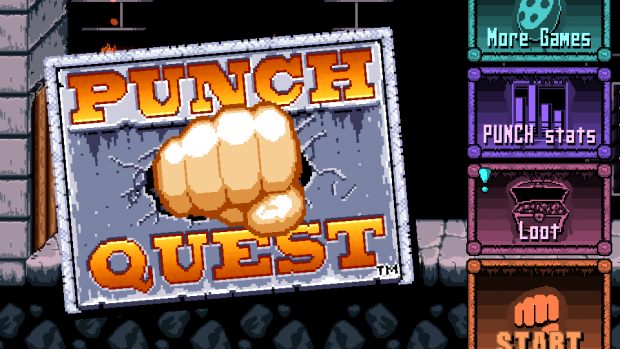 Recently, I have been slammed with work and haven’t had much time to game on my PC or PS3. Then I discovered Punch Quest on the iOS. And somewhere in-between, after leaping past the 163th spike pit and punching my 934th skeleton, I realised that Punch Quest had now filled that gaming void in my life.

Inspired by runner games such as Temple Run, Punch Quest (Available on the iOS and Android) takes a dull and semi-repetitive formula and adds a dollop of manliness. You run, dodge obstacles and beat the crap out of everything that blocks your way.

The controls are intuitive and simple. Your left thumb lets you punish your foes with uppercuts and slam punches, while your right thumb allows you to execute dash punches with furious anger. The more uninterrupted punches you execute, the longer your punch combo becomes, and the more ‘Punchos’ (points) you earn. 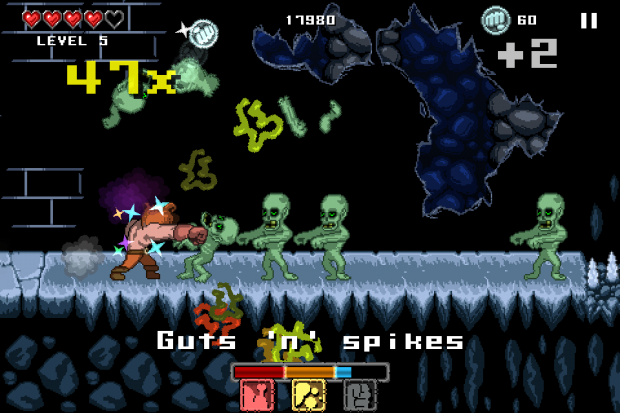 With Punchos, you unlock powerful skills and powerups that assist you in beating up the endless stream of zombies, orges and, spectres that oppose your quest to punch everything in existence.

The game sounds simple enough, but as you unlock newer skills and paths, the game becomes surprisingly deep. You could opt for defensive skills to ensure that your punch chains don’t get broken.  Or you might want to go on the offensive to build up massive combos quickly.

You will never really get bored of Punch Quest. Its retro feel reels you in on first play. Branching random paths force you to decide if the rewards outweigh the risks. Of course, there are the hats, mustaches,  hairstyles, and colours you can customise your character with. Each run of Punch Quest lasts anywhere from 1 to 3 minutes, making the game perfect for time starved gaming addicts. And there is nothing really as therapeutic as punching something. Most of us wouldn’t go around punching random people, so I guess a mobile app would be a perfect way to channel your inner Tyson.

Originally, Rocketcat Games priced the game for the amazing low price of free. But the developers realised that not many people were making in-app purchases and made the game US$0.99 (S$1.28).

But don’t let that deter you. The game is still worth every cent. And really, you can’t say no to a game that lets you ride a laser-spewing velociraptor. 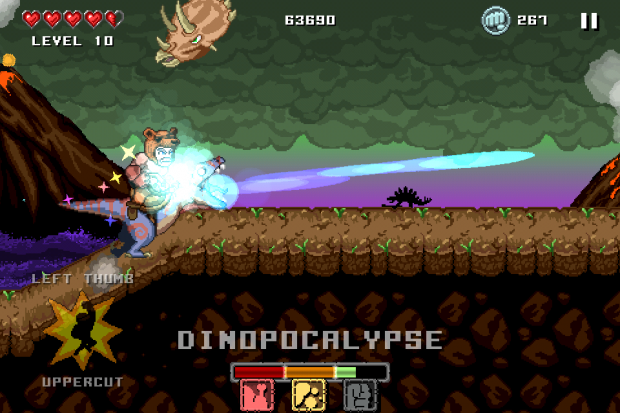