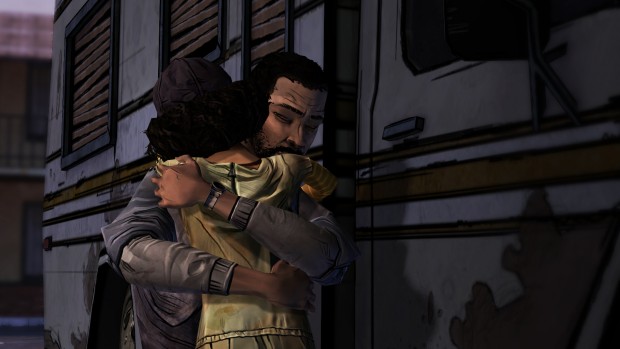 The fifth and final episode of Telltale’s The Walking Dead has just been released, and as expected, the finale ended in an emotionally heartbreaking moment. The entire season was well-written, accompanied by solid voice acting and character development, and credit has to be given to writer Gary Whitta for successfully evoking the post-apocalyptic atmosphere of the original comics and TV series.

Warning: this post contains spoilers for all five episodes

But at many points in the season, the game was frustrating and just plain tedious to play. Tadgh Kelly, in his blog post criticising the game, describes the series as a “great story, bad game”. This is a complete contrast to what gamers are normally accustomed to: games with great gameplay, but with weak and forgettable stories.

“What I actually do in the game is walk from place to place fetching objects and triggering conversations which unlock more things to fetch. Every once in a while I have a fight, which involves some rapid quick-time-event key pressing. I also regularly ‘solve’puzzles by screen-scanning with a mouse to find all of the clickable objects, and then selecting each in turn until I hit the correct one,” Kelly writes.

His description of The Walking Dead’s gameplay is an inherent problem found in almost all adventure games, and other “interactive fiction” games like Heavy Rain. When you have managed to figure out the puzzle, and are slowly piecing all of the fragments together to complete the solution, it works. But when you are stuck, and don’t know how to progress, everything grinds to a halt. You are suddenly forced to cycle through every interactive possibility, and hope that you get lucky enough to trigger the right combination. 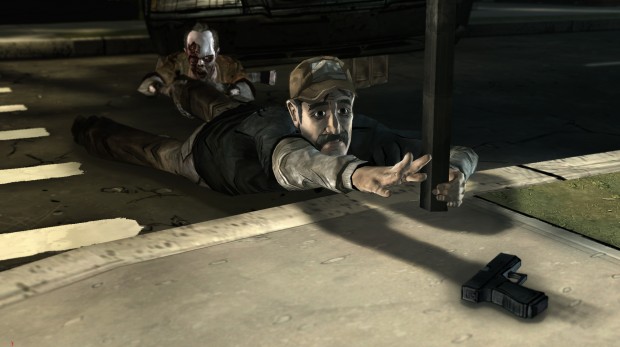 This is videogaming at its worst: your skills are no longer being tested or challenged, you are simply being punished for not knowing where to look, not knowing what to click on, and not knowing the correct sequence of actions. Taken to the extreme, it becomes pointless and makes no bloody sense. Why must I use a spark plug (that happens to be conveniently placed on a driver’s seat) to break open another car window? And before I can accomplish that, why must I suffocate a zombie with a pillow first?

I strongly believe that if a videogame is lacking in a certain aspect, it can still be a good game by making up for it in other areas. So yes, it is possible for the “great story, bad game” videogame to work. Fortunately for The Walking Dead, the strength and consistency of the story and its thematic motifs are what singlehandedly redeems the game. It avoids making the same, horrendous mistakes of Fahrenheit and Heavy Rain.

Fahrenheit’s story collapsed in the final third, becoming an implausible train wreck that undoes all of the effort established by the opening portions. Heavy Rain tricks the player with dishonest, bait-and-switch storytelling. Try replaying the game at least once, and you will discover that your quicktime event actions and decisions have minimal influence: the main characters can only die at certain pre-determined points. And don’t get me started about Mass Effect 3’s ending. 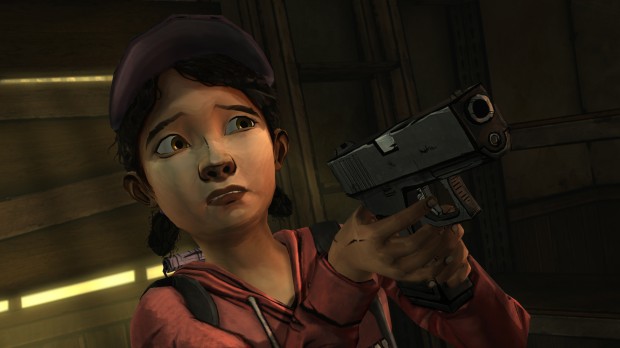 There are some decisions in The Walking Dead that feel like “this or that” choices. Whoever you decide to save in Episode 1 does not matter; Doug or Carly will still be killed in Episode 3 anyway. Cutting off Lee’s arm at the start of Episode 5 makes no difference, he still dies at the end. But there are also a few early decisions that will be revisited again at a later stage. The number of friends accompanying you during Episode 5 are a direct result of how well you have treated them previously. The Campman kidnaps Clementine, and ends up interrogating you at the end of Episode 5. Suddenly, the choice you made in Episode 2 about whether to side with Kenny’s looting comes back to haunt you.

Showing you the results and consequences of your choices is the entire point of interactive fiction. Like the best visual novels, these decisions aren’t easy, which result in tough moral dilemmas. And the outcomes are usually shocking and terrifying.

How many times have you watched a slasher-horror flick, and ended up screaming at the characters on screen who kept making stupid decisions and getting themselves killed? Videogames give us the chance to make the choices instead, and to craft out our own stories. If our character died because of a missed quicktime event, or caused someone else’s death because of a wrong decision, it’s our fault. We are one with the protagonist, we have become them. We feel Lee’s paternal instincts kicking in, his determination and desperation in saving Clementine at all costs. 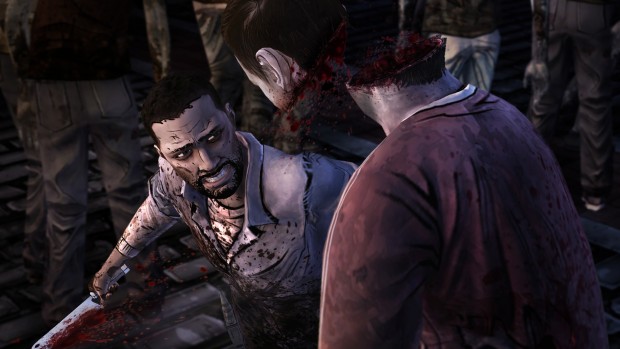 We can therefore forgive the slightly implausible, dramatic superman moment where Lee hacks through an entire undead horde (possibly one-handed) in order to reach Clementine. You sometimes have to sacrifice a little bit of credibility in order to achieve an emotional impact. And that pretty much sums up The Walking Dead: it’s not the pinnacle example of what interactive fiction should be, but it nails absolutely everything right about telling a powerful videogame story.

For those who have not done so, the author highly recommends everyone that enjoyed the videogame to read the comics. The TV series (currently into its third season) is not as good, but follows a different canon and is still watchable.

The Walking Dead is available digitally for PC, Xbox 360, PS3, and iOS. The PC version for all five episodes of the first season is selling on Steam at a regular price of US$24.99. A retail release of all five episodes is scheduled for 4 December.

What’s the real message behind Razer’s “PC gaming is not dead” campaign?