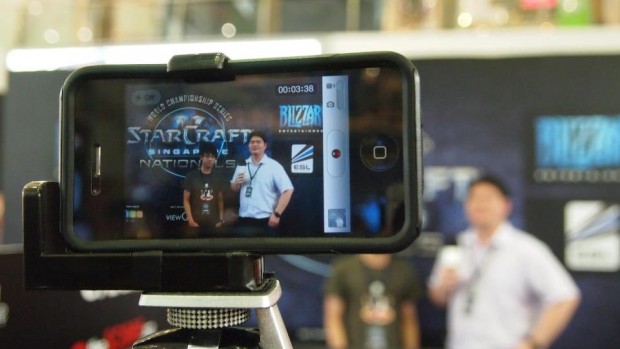 As the eighth anniversary of No Game No Talk approaches (NGNT was founded as GameSync.net in April 2005, for those with long memories), I’ve been doing some serious reflection on the challenges I’ve faced and mistakes I’ve made as the lead editor for the website. Here’s a short list of the biggest mistakes I’ve made to date.

3. Focusing only on competitive gaming and ignoring mainstream gaming

First, a little background. I started NGNT back in 2005 to serve as a platform for me to write about the Singapore competitive gaming community because there was a lack of exposure for our dedicated and hardworking gamers who were competing — and winning — major local and overseas tournaments. I wanted more people to know about the achievements of our Singapore gamers and for the website to serve as a record so that in the far future these gamers can show something to their children.

All good? Unfortunately, I quickly realised that I was failing to meet my second goal of getting more people to know the great feats our Singapore gamers were doing. If only people in the competitive community were reading NGNT, what was the point? After all, why preach to the converted?

This was the first major mistake I made with NGNT. That’s why you’ll see not only competitive gaming or esports content on our site, but also news about games and game culture, especially games carried by Southeast Asian publishers. The idea is to draw in a wider audience than you would normally get if you only carry competitive gaming news. It is a strategy that has worked for NGNT.

2. Focusing only on Singapore and not giving more coverage to regional competitive gamers

An executive from a telecommunications company involved in competitive gaming once told me: “Why should I advertise with you for X dollars when I can reach the whole of Singapore by taking out a half-page advertisement in The Straits Times for Y dollars?”

Putting aside the fact that the company would be able to more effectively reach out to a targeted market segment at a far lower cost per customer acquired, the executive had a good point which not many realise: the media market in Singapore is far too small to support niche media outlets and it is also dominated by the big players. An advertisement in The Straits Times, Singapore’s national newspaper of record, has a potential reach of over 1.4 million readers; NGNT has a peak viewership of 15,000 unique visitors — and only half of those are from Singapore.

A partial solution to this, of course, is to go for a regional audience. Doing that has its own set of challenges, including the fact that the majority of Southeast Asia does not count English as their native language, but at least you reach out to a far bigger number of readers. This helps if you’re using passive sources of revenue such as AdSense — like NGNT is doing — and it makes it very attractive for regional publishers to spend some of their marketing budget on your website.

While NGNT has done the occasional coverage of the regional competitive gaming community — mostly on our Malaysian friends — it’s not something we are currently actively pursuing. That’s mostly a personal thing though, because I’m really only interested in our Singapore competitive gaming community. I guess that’s purely my fault, but I am who I am.

1. Focusing only on news coverage and not establishing NGNT as a thought leader in the competitive gaming community

I recently told someone who approached NGNT about writing for us that I believed I have the strongest journalistic skills and background among those who are actively doing reporting on the Singapore competitive gaming community. On further reflection, I realised that my statement was only true on a technical level — I do have strong news judgement, deep understanding of the community I’m involved in and ability to put stories into context so readers gain a deeper understanding of the issues. Unfortunately, those are mere tactical skills. I lacked the foresight to bring things to a strategic level.

This is my greatest blunder to date.

While news, features and interviews are interesting in themselves, they gain you fleeting readership at best. Readers will come when you have breaking news or a compelling feature, but that doesn’t bring them back for more. What gains you repeat readership is when you establish yourself as a thought leader in your community. This means doing excellent analysis and opinion pieces. It means revealing a little more than you should, sometimes. And it also means being unafraid to say what has to be said, even if it offends certain segments or people in the community.

Those who have talked to me about competitive gaming at length will know that I have far deeper insights and know far more than what I end up writing on NGNT. Unfortunately, I’ve always hesitated to pen these down for various reasons: Initially, I wanted to present the Singapore competitive gaming community in the best possible light. Lately, though, it’s because I’ve grown jaded from my years of experience in the community. And in many ways, I mistakenly felt that I wasn’t experienced enough to share my insights with the world.

I’ve made a resolution to write more freely from now on.

This post, in part, serves as a form of catharsis for me as I start moving on from my role as the lead editor and the day-to-day editorial operations of one of the oldest active websites dedicated to covering the Singapore competitive gaming community. (Don’t worry, NGNT will always stay online, to serve as a tribute to the achievements of our community as recorded in our past reports.)

And finally, good luck to those who want to bring the Singapore competitive gaming community to the next level.

Singaporeans don’t care about their local champions. Or do they?