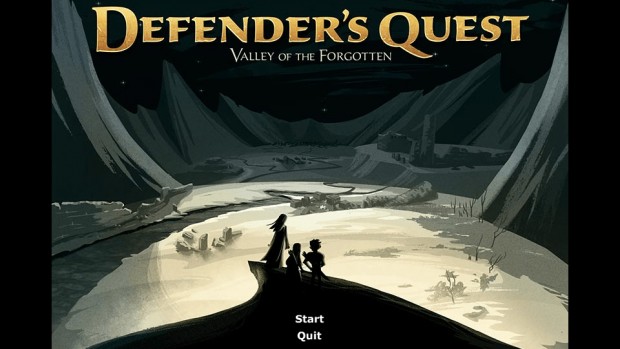 Defender’s Quest: Valley of the Forgotten is a tower defence game where your towers are actual heroes that can gain levels and skill points, and be equipped with weapons and armour in order to defend the protagonist from waves of enemies. The protagonist herself is a hero unit who is able to cast attack spells and buffs in order to help your defenders. It’s an incredibly addictive game that is accessible for both casual and hardcore players. It also has a great soundtrack, which is the very last thing I would expect when playing tower defence.

Much like any other normal RPG, the character development and progression of your heroes is what makes roleplaying so fun. As you explore the game map and advance through the story, you will gradually unlock new hero types and items from various town locations, Puzzle Quest-style. Although your heroes will slowly become more powerful and unlock stronger abilities, your enemies are capable of leveling up as well. 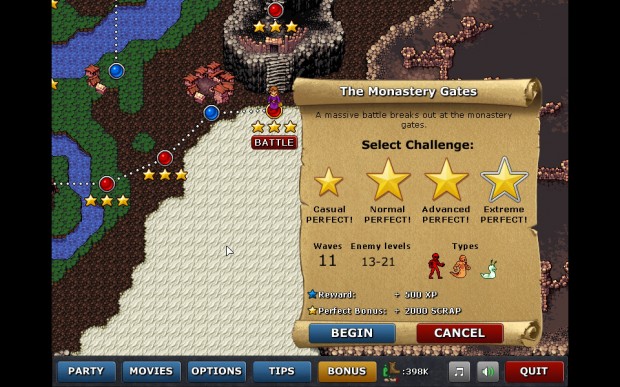 It’s a smart way to scale the challenge of enemy mobs, and at the same time it gives the player access to a more dynamic and adjustable difficulty. One of the problems with other tower defence games like Defense Grid is that you will quickly hit a huge difficulty spike after several missions, which can be frustrating for beginners. In Defender’s Quest, there are four difficulty levels: Casual, Normal, Advanced, and Extreme. If you are stuck you can simply dial the difficulty down to the easiest, then come back and repeat the mission on a higher difficulty when your heroes are stronger and better equipped. Those who dislike the need for level grinding need not worry: you can adjust the experience and money gain in the game options to suit your tastes, with the highest setting at 300%. There is no penalty for adjusting the XP gains, it is simply there as an option for players to customise their playing preference.

Defender’s Quest also spices things up by having some enemy mobs that are capable of attacking your heroes as they are passing by. This is where your hero’s equipped armour comes to play, allowing them to absorb more punishment. In traditional RPG fashion, it also gives the developers an excuse to create a Healer hero class. Yup, a tower that dishes out healing to other towers — I am absolutely certain that this is a tower defence first. 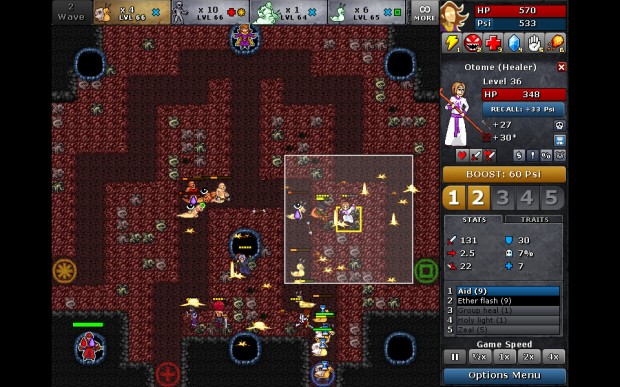 Again, unlike Defense Grid, you cannot simply spam loads of basic towers en masse and still win: there is a limit to each hero type that you can place, and you need to make full use of everyone to cover each other’s strengths and weaknesses. The Berserker is a fast-attacking melee hero with cheap upgrades, but is unable to equip armour or deal damage to heavily armoured targets. The Ranger is able to unleash torrents of arrows halfway across the battlefield, but has a minimum attack range blindspot that must be covered by other Rangers or a melee hero. The Ice Mage uses area-of-effect cold spells to freeze entire groups of enemies in place, but has lower hit points and needs support from all of the other classes.

When you finally figure out that perfect combination of defenders, and the optimal way to position them on the map and manage their upgrades, you feel like the world’s greatest hero. The ability to carve out a victory using your own tactics and playstyle makes Defender’s Quest fun and addictive on the personal level. 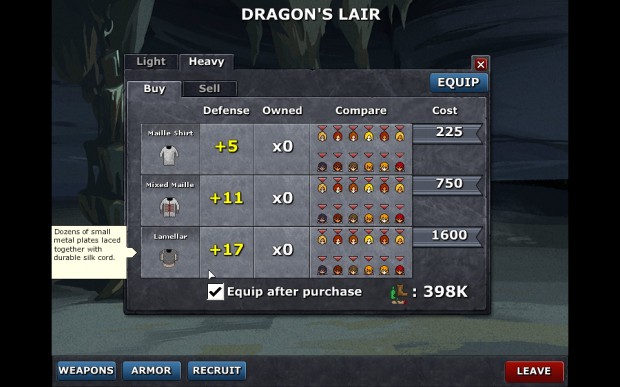 Speaking of customisation, there is a very comprehensive set of AI commands for your heroes. You can set them to attack the weakest or strongest unit within range, or to target the enemy that is the closest or furthest from reaching the protagonist; or to focus on dealing status effects to the least affected enemy, which is very important for the Ice Mage and Healer. You can pause the game at any time to issue these orders to your heroes (or to build and sell them), a feature that many tower defence games lack. You will not lose games in Defender’s Quest because you were too slow at clicking, or because your towers kept targeting the wrong enemy.

The main game takes about 25+ hours to complete, and there are tonnes of additional challenges and a very comprehensive New Game+ mode to keep you entertained for dozens more hours. Highly recommended for any player who is even remotely interested in tower defence games.

Defender’s Quest: Valley of the Forgotten is available digitally on Steam, Good Old Games, and on their official website. It is currently selling for a standard price of US$14.99.

Punch Quest: A smash hit of an app