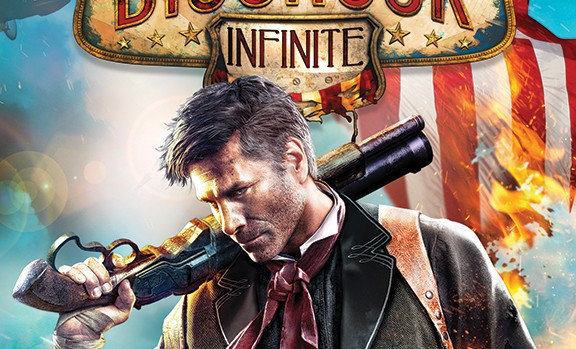 Mark your calendars: 26 March is the date BioShock Infinite will finally be released. It also happens to be a Tuesday (fast fact: Diablo III and Halo 4 were also released on a Tuesday — Edward), so now is probably the time to take your leave in advance, try to fake an illness, or make up whatever excuse you can think of to skip school or work.

Even since it was announced back in August 2010, fans (like myself) have been eagerly anticipating the opportunity to explore Columbia, the fantastical world that BioShock Infinite is set in. While Columbia is not connected to the underwater city of Rapture featured in BioShock 1 and 2, Infinite shares similar gameplay, concepts, and themes with its predecessors. And it looks fantastic. Just watch the trailer below:

The standard edition of Infinite goes for S$74.90 on all platforms (360, PS3, PC). The premium edition of BioShock Infinite retails for S$99.90, and contains a 64-page art book, lithographic print, Handyman Figurine (one of the enemies that appears in Infinite), Murder of Crows Keychain (one of the in-game powers), digital soundtrack, and bonus DLC items.

But if you are a diehard collector, the Songbird Edition is for you. The Songbird Edition comes with all the perks of the premium edition, along with a stylish 9.75 inch hand-painted, resin cast statue of Songbird — the winged beast that features heavily in BioShock Infinite. And oh, it costs S$189.00.

If you want to get your hands on Bioshock Infinite on Day 1, you can pre-order the standard or limited edition versions of the game now from the following Singapore retailers below:

In addition, 2K Games has announced a season pass for all of BioShock Infinite‘s DLC. Currently, three add-on packs are in development. The season pass will be available from 26 March, and will provide S$37.50 worth of add-on content for S$24.90 (or 1,600 Microsoft Points). Purchasing the season pass will also allow gamers access to exclusive in-game gear, perks, and skins.

BioShock: Infinite not coming out in 2012 after all, delayed to 26 Feb