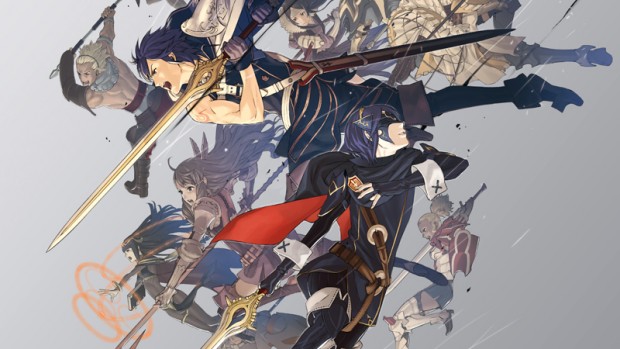 Fire Emblem: Awakening has been out for over a month. If you live in Singapore though, the game has only been out for two weeks because of a distributor delay. Here are my thoughts on the game so far, after spending 30 hours+ to reach Chapter 11:

This is the first Fire Emblem title I have ever played. Like, finally. I have been told by a friend that if I liked XCOM, I would greatly enjoy this series. It seems to be perfectly made for me: turn-based tactical combat. Swords and sorcery. Anime. Dating simulator. 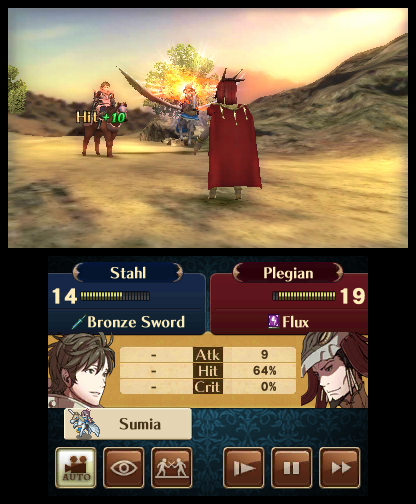 The key thing that I like about Awakening, that also sets it apart from many other turn-based tactical games, is that your soldiers and units are all living, breathing characters with their own unique personalities and dialogue. Think along the lines of Jagged Alliance, but with fantasy-anime protagonists. There is even a Persona-inspired social link system, called “support levels”. The longer two units pair up and fight alongside each other, the higher their support level will rise, giving them bigger bonuses in combat and unlocking more conversational interactions outside of the missions. Most characters can marry members of the opposite sex with whom they have reached the highest support level, although there are a few possible same-sex combinations.

Yup, smells like a dating simulator to me. Although I must admit, many of the banters and pairings are incredibly hilarious and well written. It’s worth it to play matchmaker with a few characters just to see what the heck will happen (hint: try Miriel and Vaike, or Tharja and Virion). This is a far cry from the absolutely generic and lifeless soldiers in XCOM. When you get tired of saving the world in Awakening, the huge and likable cast of characters, both friendly and otherwise, will compel you to keep playing. 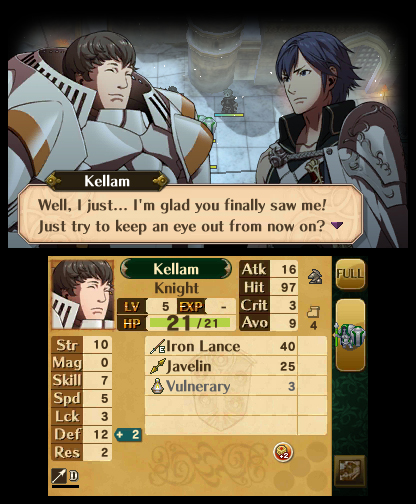 I really hate to keep drawing comparisons between Awakening and XCOM, but the combat systems of both games are very similar. Your units are always outnumbered, forcing you to think carefully about who to send forward to attack and in what order. You must pay attention to the terrain both you and your opponents are fighting on, and decide which avenue or chokepoint of attack is most advantageous.

The series’ signature weapon triangle is still here (swords beat axes, axes beat lances, lances beat swords). I’ve been told that a magic triangle exists for spellcasters in earlier games, but it is not represented in Awakening. You can easily ignore the triangle on Normal difficulty and do whatever you want, because Normal mode is really easy and suited for those who just want to enjoy the story and dating simulations. But on Hard mode and above, the triangle is vital to your survival and success, especially during the early missions when you are still at a low level. 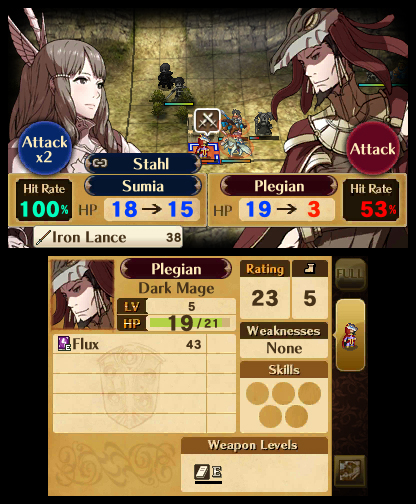 Each chapter’s map design is unique, confronting you with a different set of challenges. One mission sees you boxed in on all sides by almost two dozen opposing units, forcing you to think of an appropriate defensive formation. Another chapter introduces the concept of enemy reinforcements. Do you risk spreading your forces in order to stop those reinforcements from coming, or do you hunker down and hold the line bit-by-bit? Much like chess, the Fire Emblem games always present you with perfect information: you can see all enemies on the map, their threat range, defence, and amount of damage they will inflict. It is the series’ famed random number generator (RNG) that keeps things unpredictable. I have wasted many hours restarting missions because of an unlucky 1% chance critical hit from an enemy, or when my unit misses a crucial 95% chance-to-hit attack. The RNG also applies to your level ups, your stat increases are determined by a dice roll. It’s entirely possible for two players to have the same character with completely different stats. The RNG can be cruel and frustrating at times, but such is often the case for many turn-based tactical games.

There is a lot to do outside of the story missions. There are sidequests (called “paralogues”) to pursue, and you can use the SpotPass feature of the 3DS to meet and parley with other players. Awakening is also probably the first 3DS title with a huge buttload of DLCs. Many of them feature maps, characters, and items from past Fire Emblems, which should appeal to series diehards and fanboys. Three of those DLCs — Golden Gaffe, EXPonential Growth, and Infinite Regalia — are designed to make it easy for players to grind for XP, gold, and legendary items. You know, if grinding is really your thing. 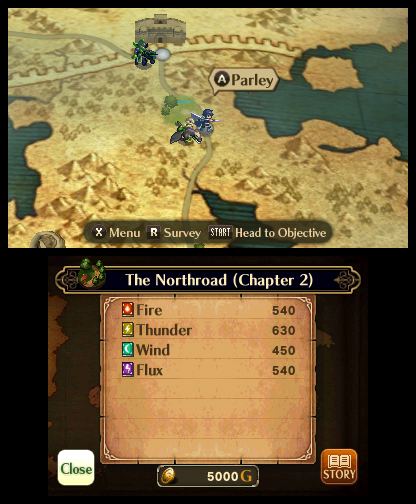 Fire Emblem: Awakening is one of those rare games where you can have fun with it however you want: turn-based tactical chess, visual novel, SpotPass interaction, or a power-levelling grind fest. That’s if you can get a hold of a copy though. The game is sold out islandwide in Singapore, and even Amazon and PlayAsia have no stocks for the game. I’ve heard from local retailers here that the next batch of retail copies will only arrive in April.

I hope that this worldwide shortage serves as an important lesson to Nintendo. Never underestimate the amount of gamers that love turn-based tactical handheld dating sims.

Jackie Chan in Fists of Fire

What I played: Defender’s Quest: Valley of the Forgotten