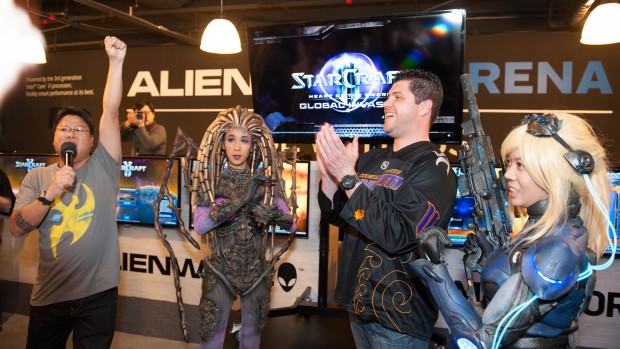 Last Monday, 11 March, marked the launch of StarCraft II: Heart of the Swarm (HotS) in Singapore. It was held at the Alienware Arena at Lucky Chinatown. Although the scale of the event was definitely not as large as the ones in the US, South Korea, Europe, and Australia, it definitely gave our StarCraft community a reason to get together to celebrate. Also, I was very excited that Blizzard was increasing their presence in Singapore by holding community events like these.

This time, Blizzard flew in Kaeo Milker, a Senior Game Producer at the company.  A buffet spread was also catered for the early birds. The event started at 6pm and ended with a launch countdown at 10pm. The 10pm countdown was chosen to synchronise with Australia’s own HotS midnight launch event, held at Melbourne. Players who pre-purchased the game directly from Blizzard at License2Play 2012 could collect their copies here. The game was also available for sale at the venue for gamers who did not pre-order. 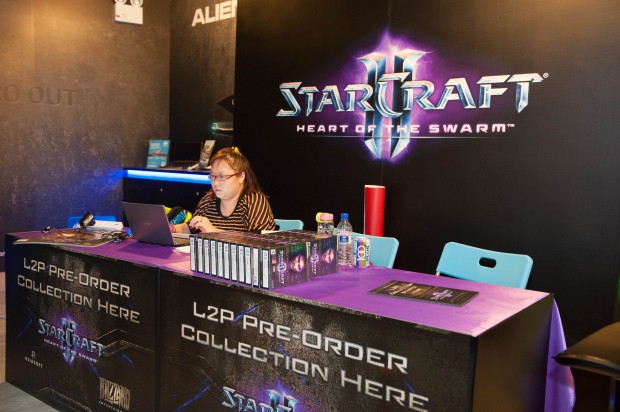 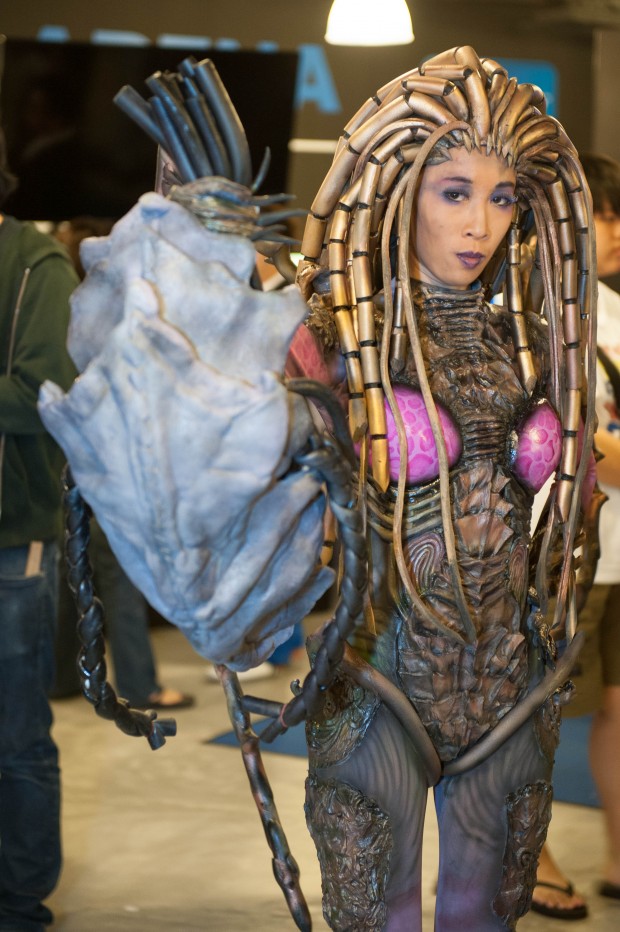 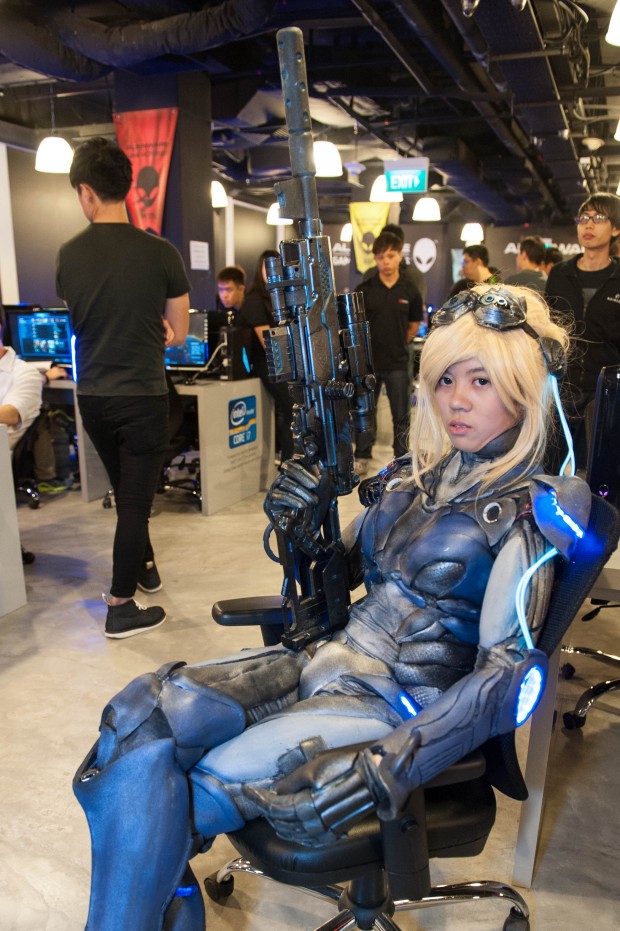 Sabrina cosplaying as a Baneling… owner? Breeder? The Baneling was actually a remote controlled car with a costume mounted on top, and could run around on its own. It was repeatedly and playfully bumping against people’s legs at the event: 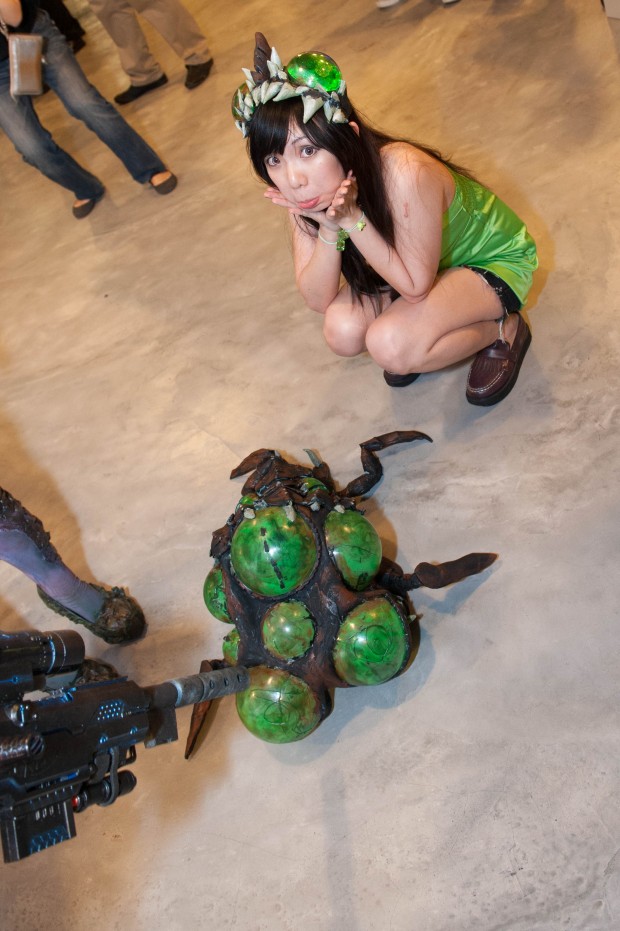 The cosplayers also received a complimentary copy of HotS. 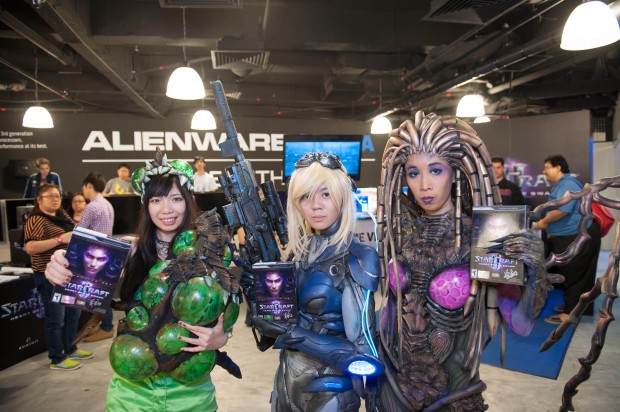 While waiting for the the countdown, there were lots of other activities to take part in. Every hour, a Heart of the Swarm Collector’s Edition and top prize draw was held. I also saw exclusive StarCraft II poker cards and Razer Gaming Peripherals being given out. Unfortunately, many of the initial names called out for the prize draw were absent, and a redraw had to be held each time, much to the excitement of the fans. 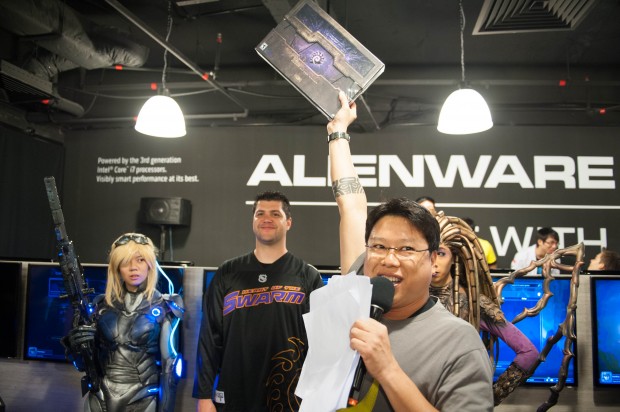 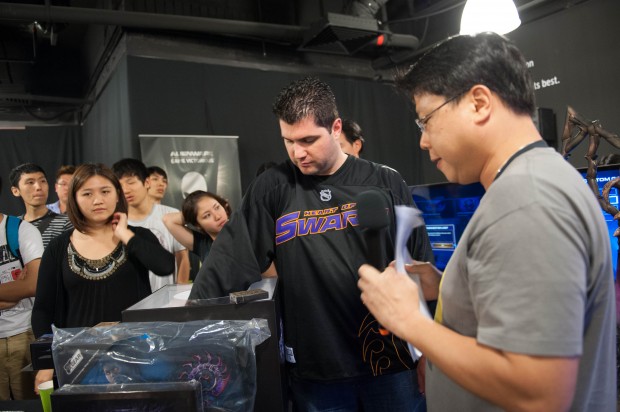 The fans were very excited each time a redraw was called as it gave them another chance at winning a prize. 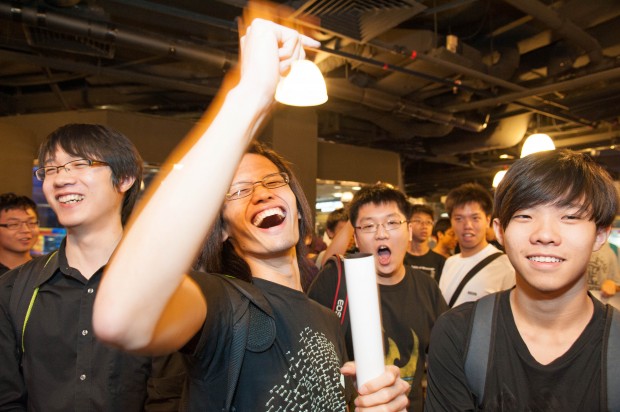 This particular draw was giving away a Heart of the Swarm Collector’s Edition and some Razer goodies.

This bespectacled chap is a regular at Blizzard events and won yet another prize after winning an earlier giveaway at Blizzard’s License2Play 2012 event. 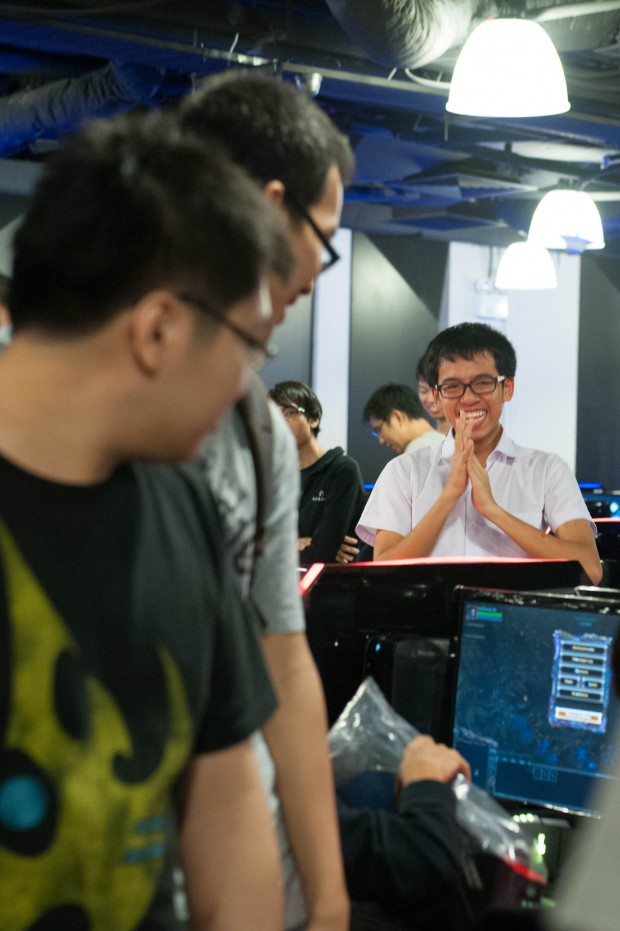 A member of the community wins a Razer Banshee headset. 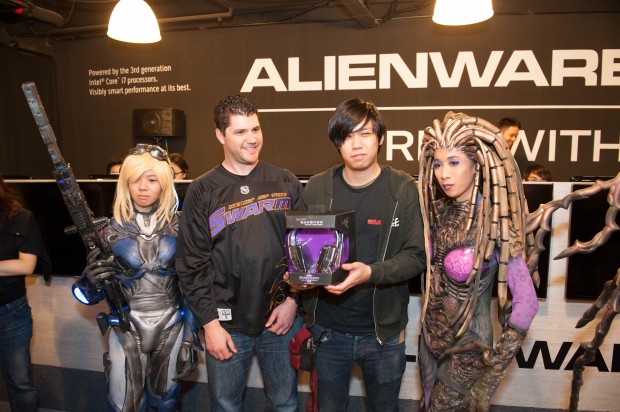 The grand prize for every draw was the much coveted Heart of the Swarm Collector’s Edition which was sold out on launch day. 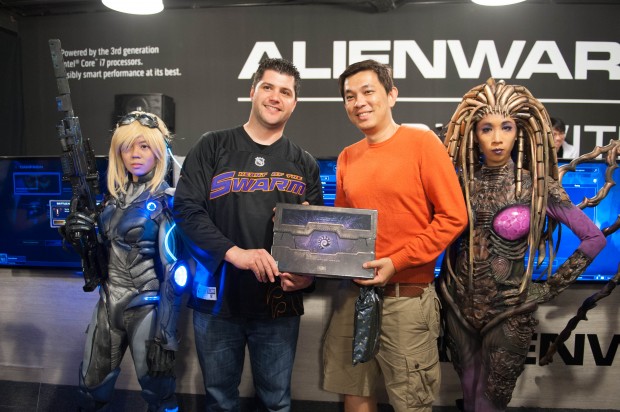 Also, gamers could sign up for friendly 4v4 matches which was the last call to play Wings of Liberty before Heart of the Swarm launches. 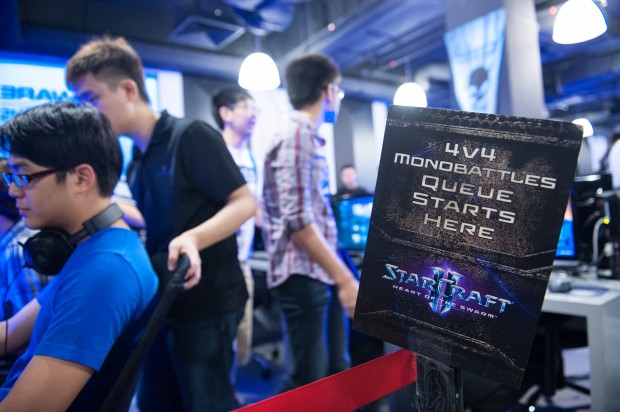 The 4v4 games attracted a lot of spectators. 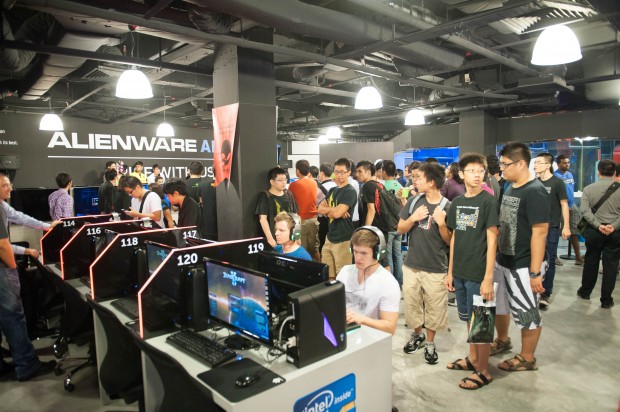 An exhibition match was held by our local SCII players. This was followed up by a friendly 2v2 match between renowned local player Yekke and another local Bronze player, versus a Grandmaster League player and a member of the Blizzard staff. Interestingly, the shoutcaster set a rule where Yekke could only use Tier 1 units. Although Yekke and his teammate put up a valiant fight and wowed the crowd with very good micromanagement, they still went down after being overmatched by the far superior tech of their opponents. 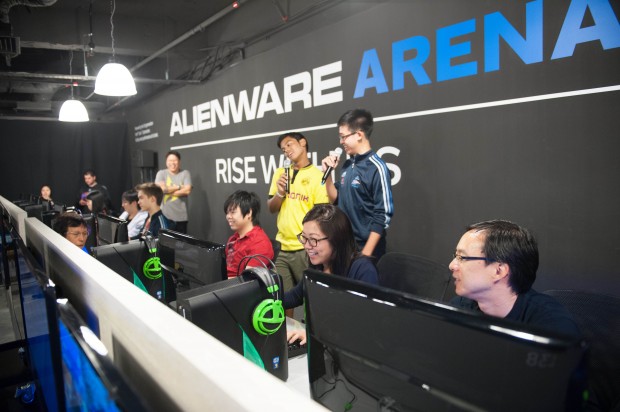 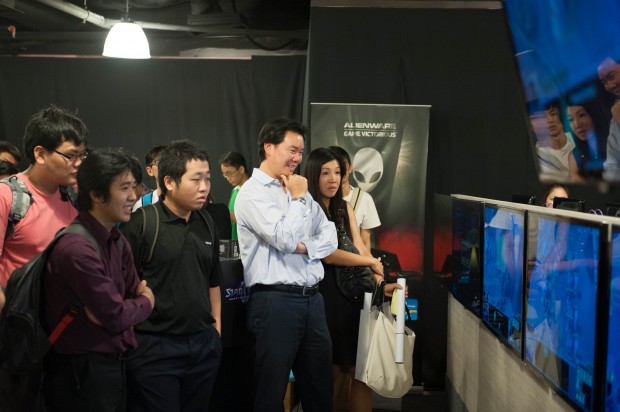 After that, an autograph session was held with Kaeo Milker. 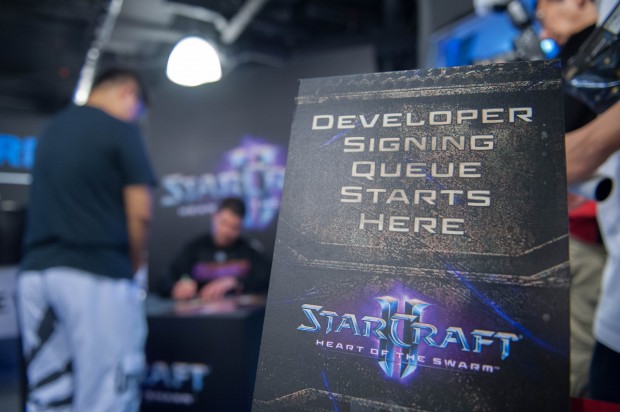 Attendees could get a complimentary poster signed by Milker. 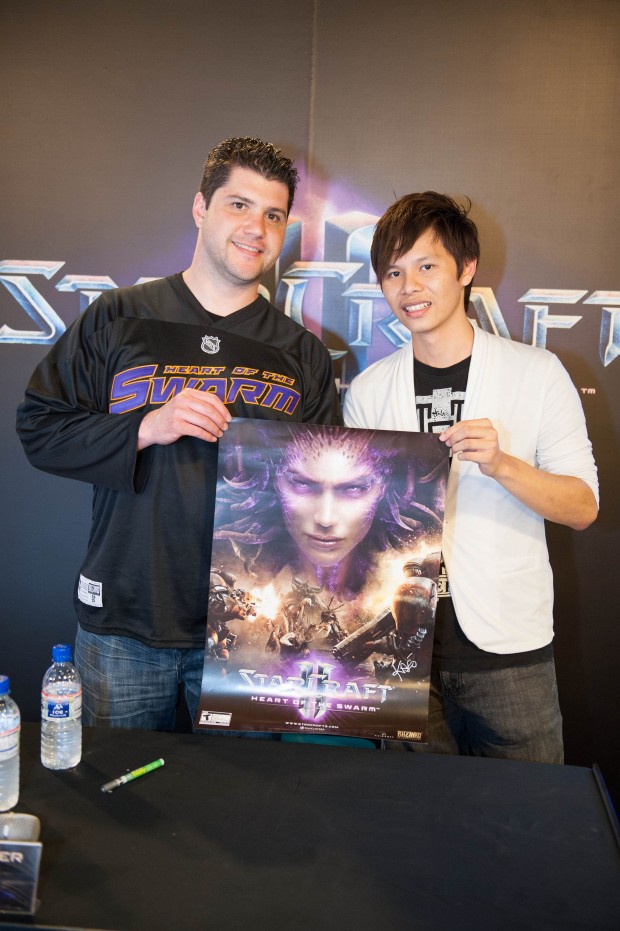 Naturally, a few gamers wanted their boxed set to be signed as well. 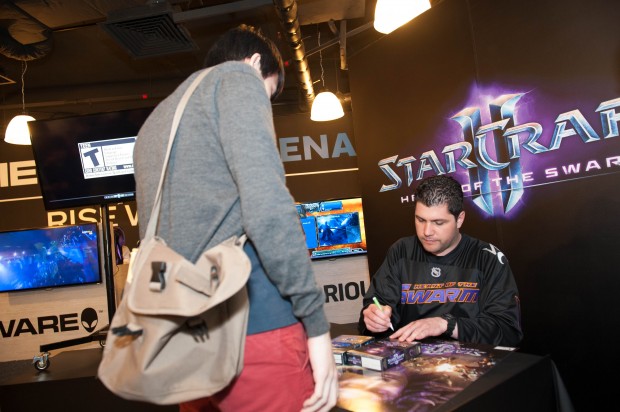 A hardcore fan even brought his entire collection of StarCraft novels to be signed. 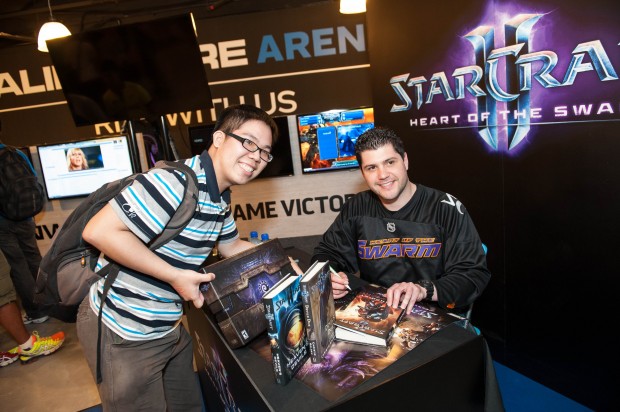 After the autograph session, the Singapore community had an opportunity to ask Milker some questions face-to-face. Many questions were asked about the imbalanced units from the beta that were removed from the final game (i.e. the Terran Warhound) and others prodded Milker for story-related answers to the campaign. 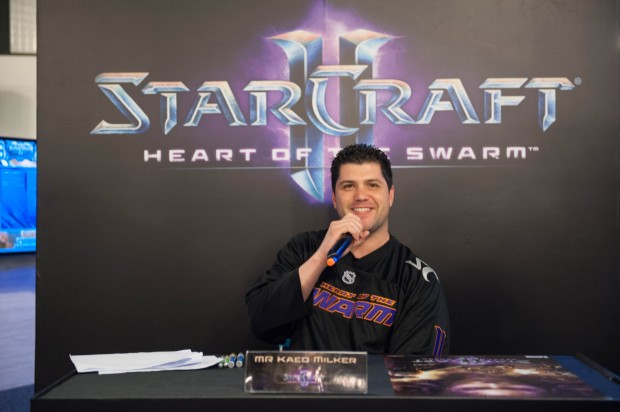 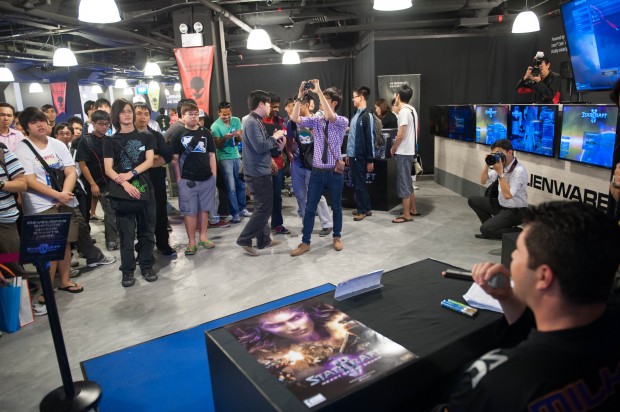 When it was finally time for the countdown, the HotS launch trailers were shown. Most of the community had seen them before, but it was a different feeling watching it with fellow StarCraft fans. The countdown ended, resulting in a loud applause from everyone. 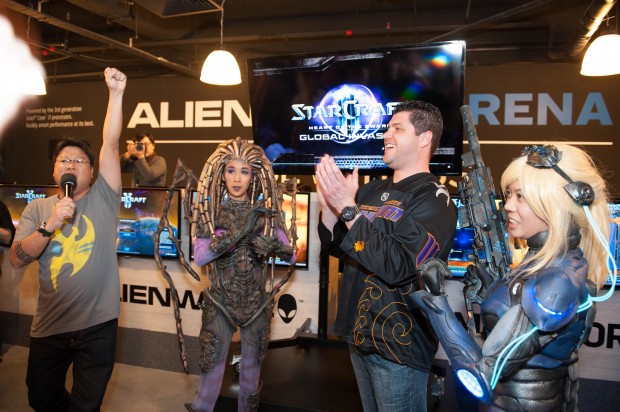 The management of Alienware Arena were kind enough to let gamers stay until closing time to play StarCraft II free of charge. Milker also stayed behind to sign more collectibles for gamers. 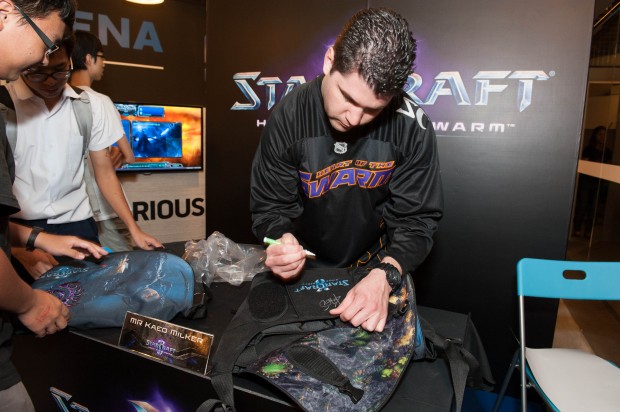 Another hardcore fan getting his t-shirt signed. 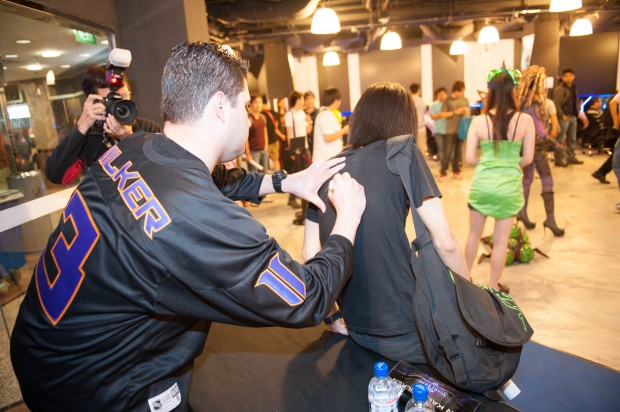 Nova decides to try out the game and headset. 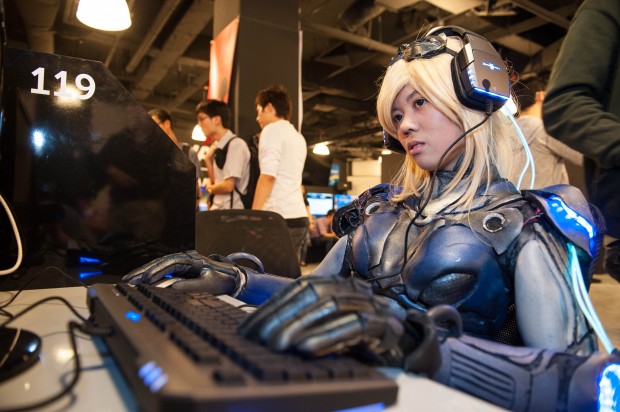 Overall, the event was a blast. Everyone enjoyed the day and I look forward to the next Blizzard Community event. Stay tuned for NGNT’s review on Heart of the Swarm.

Article and images by Richard Chan. Edited by Edward Pang.

StarCraft II: Heart of the Swarm confirmed for 12 March release, S$49.90 for Singapore