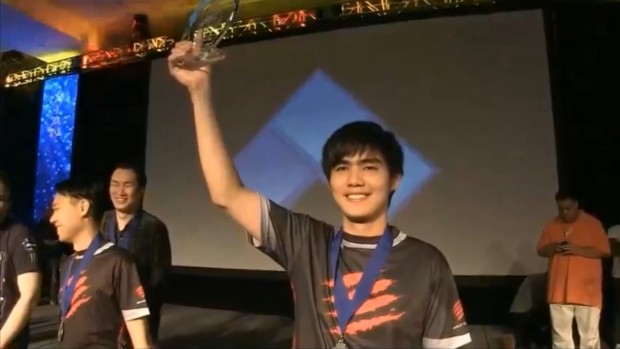 This is the first time that a Singaporean player has emerged champion at EVO, which is considered to be the biggest and most important fighting game tournament in the world.

It was a particularly sweet victory for Xian, who finished outside of the top 32 in last year’s event after being knocked out early on. For Xian, it was also a stab at revenge against Tokido, who eliminated the Singapore player from the King of Fighters XIII tournament earlier in the day.

Xian’s win against Tokido was the second in the same event, with Xian having earlier sent Tokido to the losers’ bracket with a similar 3-1 win in the winners’ bracket finals. 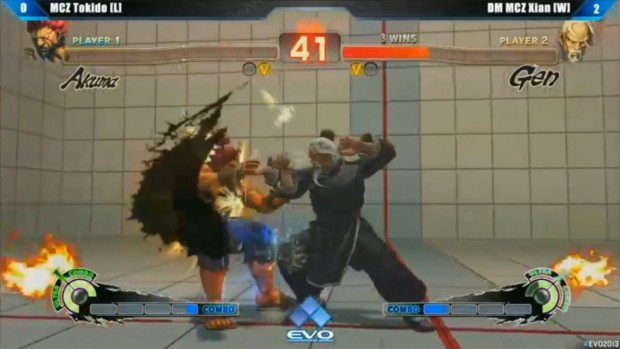 Tokido then faced last year’s EVO Street Fighter champion Sun-Woo “Infiltration” Lee (also using Akuma) in the losers’ bracket final, whom Tokido defeated 3-1. Tokido eliminating Infiltration was fortunate for Xian, as the Singapore player has had problems with Infiltration’s Akuma in the past.

This year’s EVO 2013 was hosted at the Paris Las Vegas hotel in Las Vegas, Neveda. It was the biggest tournament in the competition’s history, and featured nine fighting games, surpassing previous tournaments where usually only six games were featured. The AE 2012 tournament alone drew over 1,600 competitors.

Update (15 July, 5pm): Added more screencaps of Xian in the grand finals. Updated the article to include more background information about EVO.

All images were screencapped from Shoryuken.com’s official EVO 2013 stream at http://twitch.tv/srkevo1