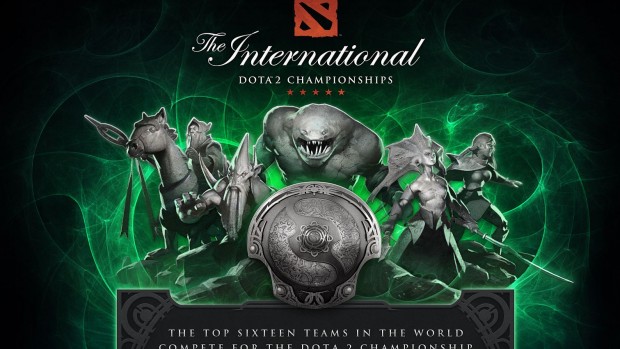 Wow. 48 games later, day one of The International is over. Massively farmed up heroes and key team fights were the theme of the day and the games didn’t disappoint (for the games that I was awake for, that is).

Each team played 3 other teams  in a best of two format, for a total of 6 games. The total wins and losses for each team will determine whether they place in the Winner’s bracket or the Loser’s bracket after the group stage is over, so trying to win as many games as possible was key.

Southeast Asian (SEA) Dota 2 teams had an uneven day. In group A, Team Zenith, Singapore’s sole representative in the tournament played Mouzsports, Fnatic and Na’Vi, and ended the day 2-4. Despite an unconventional Bloodseeker pick against Mouzsports, they dropped game one. Similarly, in the series against Fnatic, they lost the first game.  However, in each of the second games of both series, team captain iceiceice’s farmed Alchemist proved to be more than a match against their opponents.

No such luck against Na’Vi though, as they were emphatically beaten in both games in that series. Zenith’s second game against Na’Vi was especially suspect, as they allowed Na’Vi‘s XBOCT’s Weaver to free farm the bottom lane. Five (!) towers were then lost without reply by Team Zenith and the massive gold disadvantage proved to a hurdle to huge to overcome.

The other SEA team in group A, Invasion.MUFC of Malaysia, had a torrid day one, losing all of their games to LGD.cn, DK, and Dignitas, going 0-6. In all the games they played in, the skill gap between they and their opponents was especially evident, with Invasion.MUFC  being outplayed in each of their six games.

Malaysian team, Orange.Neolution, the last of the three SEA teams in the tournament, had better results over in group B, getting a 3-3 score in their 6 games. After dropping their first 2 games to Tongfu, and their first game to Team Liquid, the team rallied to win their remaining 3 games, including taking their last series 2-0 against Virtus.Pro. Team captain Mushi led the way in their second game against Team Liquid, purchasing 3 (!) Black King Bars to counter Liquid’s Obsidian Destroyer pick.  Support players net and Xtinct’s outstanding play against Virtus.Pro in the last series secured them 2 more wins.

Outside of the SEA teams, Team Alliance of Sweden steamrolled the competition in Group B, going 6-0, defeating defending champions iG along the way. There was a moment of controversy in game 2 of the series, when one of the moderators accidently hit the pause button during an iG initiated engagement, and unpaused without warning. While iG was considered too far behind in the game to make a comeback, an official apology was nevertheless issued to iG.

One of the biggest upsets of the day came when unfancied Team Dignitas beat LGD.cn, one of the favourites to win the tournament, in a 2-0 sweep. Coming into the game, Dignitas lost 2-0 to DK ,and LGD.cn were expected to take both games from the American team. However, Dignitas showed what they were made of against the highly fancied Chinese team and ended the day 4-2.

For day two of the International group stages, Team Zenith will be taking on DK, Dignitas and LGD.cn in crucial must win games to avoid being dropped into the loser’s bracket. Orange will take on LGD.int, iG and Rattlesnake. And Invasion.MUFC will try and close the gap against mouzsports, Fnatic, and Na’vi.