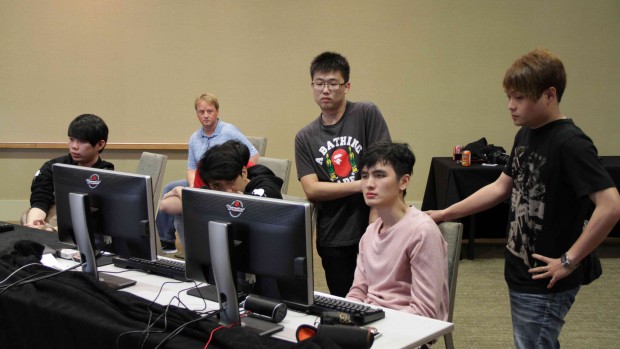 Team Zenith will definitely drop into the Loser’s Bracket after going 2-4 on Day 2 of The International. After splitting their first two series with DK and Dignitas in Group A, Zenith lost their last series 0-2 against LGD.cn. They are currently at 4-8.

More misery for Invasion.MUFC as they lose another 6 games to go 0-12 overall. After losing to Na’Vi, mouzsports, and Fnatic, they are rock bottom on Group A.

The only saving grace for SEA Dota today was the performance of Orange.Neolution. After going 3-3 on day one, they rallied strongly to go 5-1 on Day 2, beating Rattlesnake and LGD.int, while splitting their last series with iG. Orange look good for a deep run in The International 3.

Alliance continue on the warpath as they made a clean sweep of day two’s games. The Swedish team look like potential favourites to win it all after picking off Tongfu, Team Liquid, and VP in Group B. They are the only team to remain undefeated in the tournament thus far.

Meanwhile, Ukrainian maestros Na’Vi also had a perfect day twp, beating MUFC, Dignitas, and DK to sit on top of Group A at 10-2.

Tonight will be last night of the preliminaries, and each team will only play one series. Zenith and MUFC will be playing against each other for pride in Group A, while Orange will take on the juggernaut that is Alliance. Once all the preliminaries are completed, the top 4 teams in each group will proceed to the Winner’s bracket, while the bottom four teams will be in the Loser’s bracket for the main event.

Games for day three begin later tonight at 12AM, GMT +8.

Day 1 of The International 2013 Recap