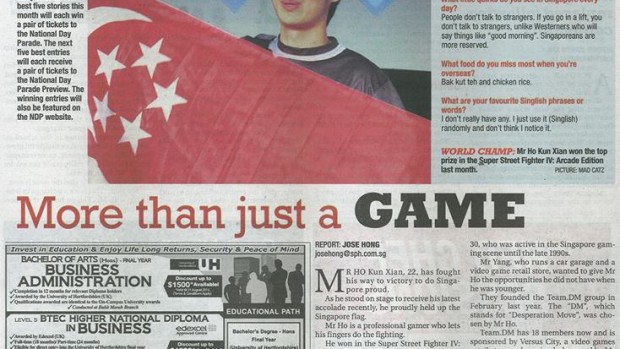 In case you missed it, Singapore’s Kun-Xian “Xian” Ho has been featured four times in our country’s mainstream media, all covering his championship victory for Super Street Fighter IV: Arcade Edition 2012 at this year’s EVO 2013.

I have obtained the scans for the newspaper articles, and decided to share them here in one post for posterity.

Note: you may have to save the images to your computer and view them in an image viewer, as NGNT’s browser viewer has a limited zoom. These scans are pretty big. 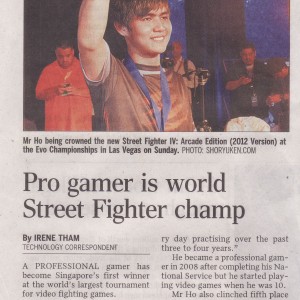 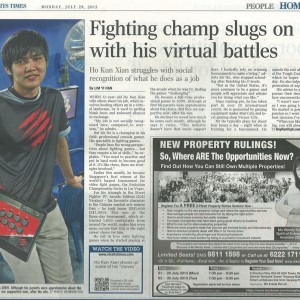 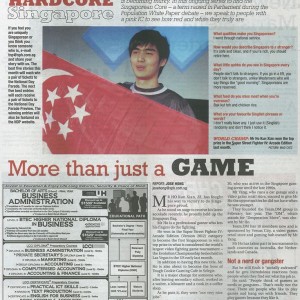 Special thanks to Curren “Tax” Seow for scanning the 29 July and 1 August newspaper articles.