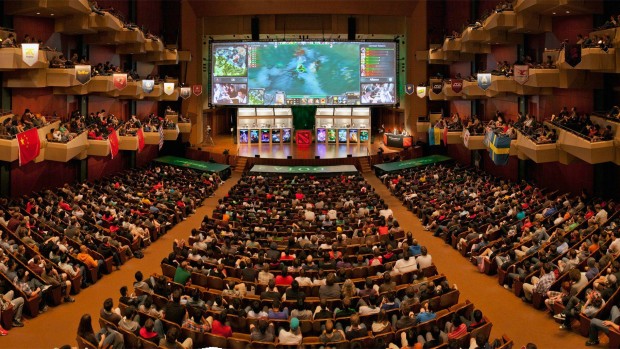 Singaporean Dota 2 team Zenith has been knocked out of The International on Day 2 of the main event, after losing a Best of One series against iG in the second round of the Loser’s Bracket.

After failing to qualify for the Winner’s Bracket in the Preliminaries, Zenith had to win every game of the day to ensure they had a chance to remain in the tournament. Facing up against Virtus.Pro (VP) in the first round of the Loser’s Bracket, team captain iceiceice drafted Invoker, a versatile spellcasting hero he is famous for. Invoker had not been picked so far due to his base damage being decreased since the last tournament, but iceiceice’s skill with the hero kept VP’s heroes at bay, while allowing carry player Yamateh‘s Gyrocopter to farm effectively. Zenith’s ice, xfreedom, and xy also roamed the map taking down VP’s heroes, while iceiceice’s almost surgical precision with the map-wide damage skill Sunstrike helped to pick off escaping enemy heroes with low health. With Yamateh farmed up, Zenith took the game easily, eliminating VP from the competition.

Unfortunately, they could not repeat the same level of performance against iG, the defending champions. Despite being knocked down to the Loser’s Bracket, iG showed everyone that they were still a force to be reckoned with. Zenith threw a curveball during the drafting stage, picking Slark, another hero that had not been picked so far, intending to use Slark’s abilities to shutdown iG’s midgame and farming. However, iG managed to effectively evade Zenith’s ganks, and iG .YYF’s and iG.Zhou’s farmed up Lifestealer and Morphling  were able to decimate Zenith’s heroes with ease. After 40 minutes, Zenith could not longer prevent iG  from destroying their base and called gg. With the loss, Zenith finishes The International placed 9th-12th, and unfortunately will not go home with any prize money.

Despite being knocked out of the competition, there was a silver lining as iceiceice won the 1 vs 1 solo championship. The solo championship has both players face off in the middle lane using the same hero, and the first player to reach two kills or two towers downed wins, so it all boiled down to the individual player’s skill. After beating Alliance’s S4 and iG’s Ferrari_430 in the previous two rounds, iceiceice faced up against fellow Southeast Asian mushi of Orange. In the first game, iceiceice’s Puck managed to outsmart Mushi with some smart play under the tower, punishing Mushi for his overaggressive play and killing off Mushi’s Puck twice. The second game was a more deliberate affair, with both players’ Timbersaw taking care to outzone each other. However, iceiceice’s more damaging skill build and item choice allowed him to destroy one of Mushi’s towers quickly, and with a brilliant blind Chain Hook used by iceiceice to kill off Mushi’s Timbersaw shortly after, Mushi called gg and iceiceice emerged victorious.

Along with Zenith, fellow SEA team Invasion.MUFC have also been sent packing after losing to Team Liquid in the first round of the Loser’s Bracket. MUFC had lost every game in the Preliminaries and they were unable to change their luck against their North American opponents, being thrashed 3-25 in their game. MUFC leaves the competition with the shame of not winning a single game in the tournament.

Team Liquid also provided the biggest upset of the tournament so far defeating LGD.cn in the 2nd round of the Loser’s Bracket. The unheralded North Americans managed to outfarm the Chinese team, and some mindblowing Clockwork play by Team Liquid’s Bulba, with his uncanningly accurate Hookshots, brought Team Liquid to victory. Sadly, they were not able to beat iG in the next round.

Alliance has proven their 14-0 performance in the Preliminaries was no fluke, after beating LGD.cn and DK to reach the 3rd round of the Winner’s Bracket, with the only blemish dropping one game against DK. They will be facing off against 2011 Champions Na’Vi in the next round.

Na’Vi were close to dropping to the Loser’s Bracket after being outplayed in their the third game of their Best of Three against Tongfu, but some sick combination play by Dendi’s Pudge and Puppey’s Chen allowed Na’Vi to turn the game around

Day 1 of The International 2013 Recap

Day 2 of The International Recap