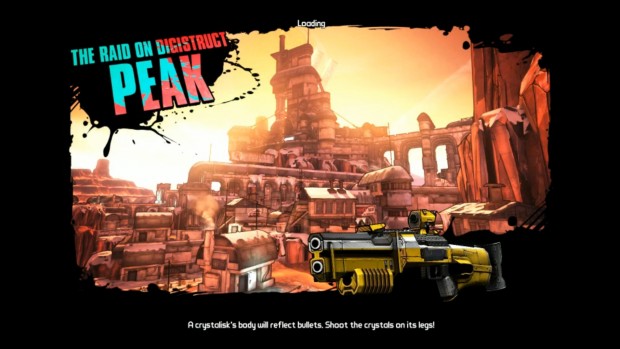 I threw a tantrum at the latest DLC for Borderlands 2, The Raid on Digistruct Peak (part of the Ultimate Vault Hunter Upgrade Pack 2 DLC) a few days ago. I haven’t been this angry since I lost several rounds of Melty Blood to an online scrub back in 2012. I rammed my fist so hard on my computer desk, the entire table shook and the deafening thud could be heard all throughout the house, scaring my sister and parents. I had died once again, so close to the finish line, and was forced to respawn and restart the entire gauntlet from scratch.

I wanted to blame the unfair enemy combinations in Digistruct Peak, like how mechanical Surveyors are not supposed to be able to heal biological Spiderants and Rabid Skags. But the truth is, I was too reckless with my strategy. I became greedy and equipped The Bee shield in order to boost my damage, when a more tanky shield such as the Antagonist or Flame of the Firehawk would have greatly increased my Mechromancer’s survivability (and that of my Deathtrap too). I should have advanced slowly, carefully kiting enemies one by one, instead of charging in like a fool and being overconfident that my Storm Front and Rubi would keep me alive no matter what sort of damage I take. 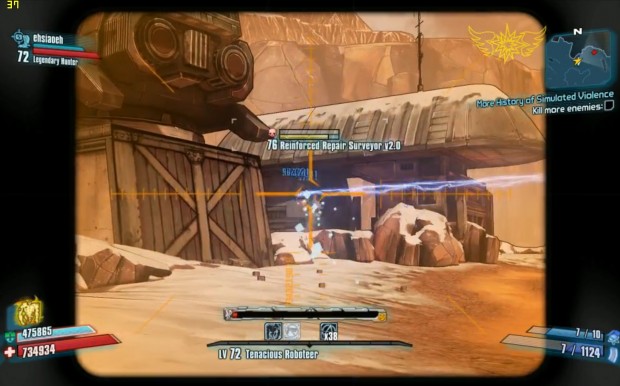 One of my gaming buddies, who has been my co-op partner since the game was released last year, decided to go cold turkey and stop playing Borderlands 2 once he reached level 61. “The game has become an endless black hole of diminishing returns,” he said, referring to the lack of content after you had reached max level. Yes, you could tackle the raid bosses, and farm for Seraph vendor loot, but after obtaining your desired max-level equipment, there was nothing else for you to test your new weapons on — except to kill the same boring raid bosses all over again.

It seems that Gearbox has been listening to my friend’s complaints, and finally figured out a way to truly push the practical, high-end limit of Borderlands 2’s combat. Instead of making you fight an enemy with quite literally, over one billion hitpoints, you are placed in a gauntlet with multiple arenas, each with different waves of enemies to face. Think of Moxxi’s Underdome in Borderlands 1, but with new areas unlocked as you beat more waves, and you get the idea. 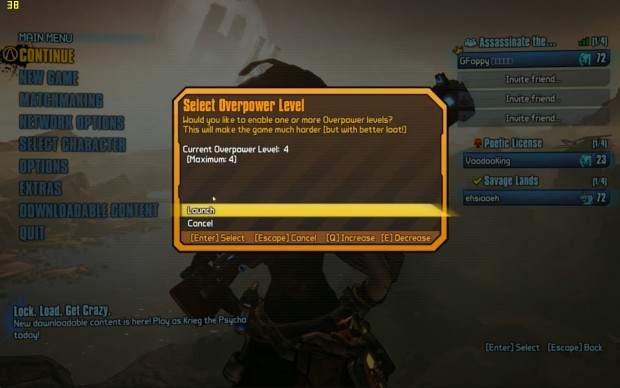 Complete Digistruct Peak at level 72, and you unlock Overpower Level 1 (OP1). There are a total of eight OP Levels, and each OP increases the level of the enemies you face — at OP8 for instance, level 80 enemies start appearing. Those who understand how damage scaling works in the Borderlands series should know: the higher an overleveled enemy, the more damage you take from him, and your own damage output becomes scaled down. This makes the later OP5-OP8 levels even harder and more terrifying. The tradeoff for completing an OP level, is that you can now drop OP loot, far more powerful than their vanilla level 72 versions. Yup, another black-hole cycle of farming. Except that this time, your new OP loot will be used to help you to conquer the next OP level. You can even take your OP levels back into the main game of Borderlands 2 and the rest of its DLCs.

Unlike Assault on Dragon Keep, there is very little story or character development in Digistruct Peak. Patricia Tannis is the only NPC in this DLC, explaining that she created this combat simulation to test the skills of the Crimson Raiders. She does make some offhand jokes about Lilith and Roland’s first date, and how certain enemies on Pandora originated. But none of this is vital to the narrative of Borderlands 2 — you can safely skip Digistruct Peak and not miss out on anything. If the thought of reaching the game’s max level (which is now harder because of the level 72 increase) and farming for equipment turns you off, then Digistruct Peak and the Ultimate Vault Hunter Upgrade Pack 2 are not for you. I highly recommend saving your US$4.99 if you don’t care about OP levels, OP loot, and neverending combat. 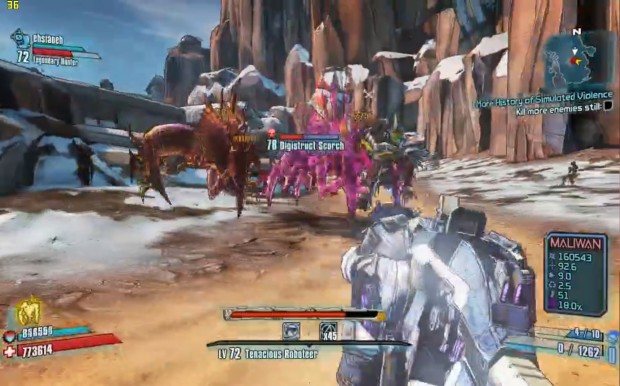 But for the rest of the hardcore FPS/RPG fans, those who are willing to put in the effort to grind and farm, Digistruct Peak is a unique experience that no other other FPS comes close to matching. Gearbox has already succeeded in creating the world’s first MMORPGFPS, a first-person shooter with addictive RPG looting and raid bosses. Now, with Digistruct Peak, they have created the FPS equivalent of Dark Souls. It’s challenging, it’s frustrating, but it is never grossly unfair or impossible. It teaches us perseverance, tactics, and the importance of teamwork.

One noteworthy boss battle arena in Digistruct Peak stands out to me the most. It is an enclosed space, with very little places to run or hide, except for a giant pipe and fan duct. At level 72, four powerful bandits will spawn in one by one. At OP2, two of the bandits will spawn in together as a pair. At OP3, Surveyors will join in the fight, providing healing to the bandits. At OP4, the Surveyors vanish, replaced by Hyperion turrets instead. Each OP level throws up different surprises like this, and each time me and my friend would curse and swear as we both died because we didn’t know what to expect. And each time, we would restart from scratch and keep trying and trying again with a different tactic — my Assassin friend and I would take cover behind the pipes while he sniped the turrets down, and my Deathtrap would distract the bandits as soon as they spawned. My years of playing Unreal Tournament could finally be put to good use, as I had to circle strafe around the bandits, pop in and out of cover, and try to hit a moving target with 100 Anarchy stacks. All with tonnes of particles and bullets exploding on screen. 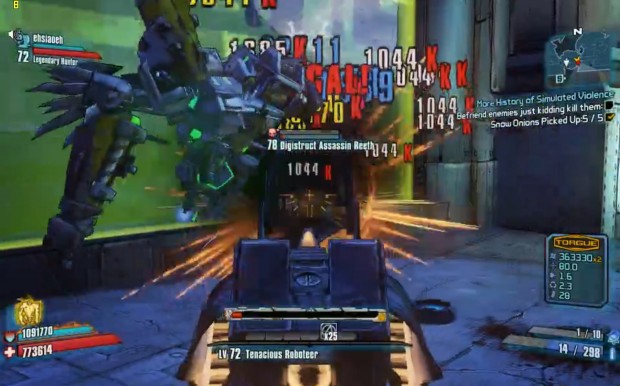 When you die in Digistruct Peak, it’s absolutely infuriating. But when you finally conquer an OP level, when you can finally kill those damned bandits with nothing more than your skills, tactics, and a bit of luck, it is the greatest feeling in the world.

The Raid on Digistruct Peak is part of the Ultimate Vault Hunter Upgrade Pack 2, which was released on 3 September 2013. It is currently selling for US$4.99 on PC (Steam), Xbox 360, and PS3.

Borderlands 2 Quick Guide: tips and tricks for surviving the early levels in Pandora

Guide: How to play Borderlands 2 in Japanese with English subtitles (PC)

I cheated in a videogame: why I resorted to item duping in Borderlands 2