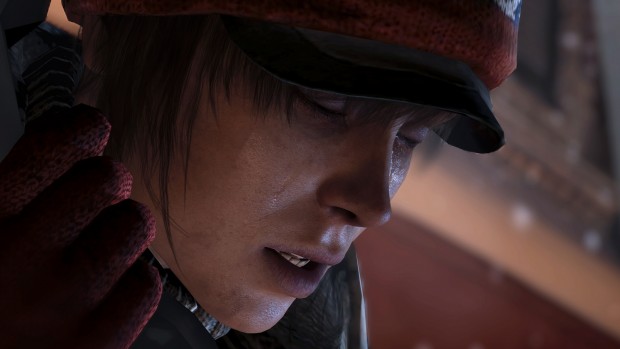 Beyond: Two Souls (Beyond) is a curiosity. In a time where Hollywood is increasingly seeking inspiration from videogames, Beyond is looking the other way, trying to replicate a cinematic storytelling experience on the smaller screen.

The brain child of David Cage, CEO of Quantic Dream, whose last game on the PlayStation 3 was the interactive drama Heavy Rain, Cage is an ardent lover of movies and has repeatedly stated that he wants his games to provide the perfect blend of interactive cinema. Beyond is his latest crack at trying to bridge the world of cinema and videogaming.

Beyond tells the story of Jodie Holmes (played by Ellen Page) a girl who possesses supernatural powers thanks to her link with an invisible poltergeist, who she calls Aiden (I wouldn’t name a spirit that’s attached to me, but hey, to each their own). The game allows you to live 15 years of her life, as she and her caretaker Nathan Dawkins (played by Willem Dafoe) learn to deal with Aiden and understand how to control the strange powers she has.

Graphically, Beyond is a beautiful game. As the PlayStation 3 makes way for the next generation of consoles, it is still breathtaking to see what its engine can accomplish. Be it weatherworn rocks and cacti scattered across the vast Navajo Desert, or a dank rundown back alley of the inner city, you would be hard pressed to find landscapes that look more photorealistic on the console in any other PS3 game. 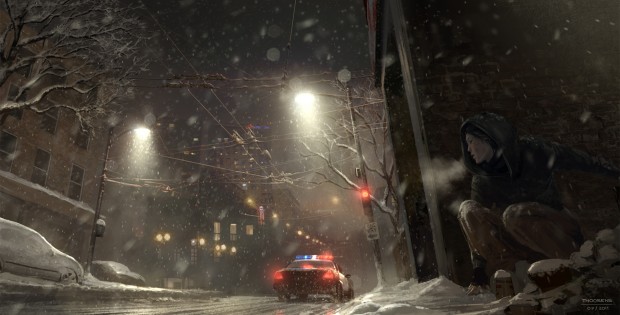 With Cage aiming to blur the line between cinema and videogames, having Oscar nominees Ellen Page and Willem Dafoe headline the game must have been a coup. What better way to prove that videogames can be as engaging as a Hollywood blockbuster then to get Hollywood’s own on board? Initially, I was slightly concerned that the use of Ellen Page and Willem Dafoe would overshadow the game itself, but my doubts were quickly put aside when I saw their performances in game.

Beyond benefits from the use of motion capture technology similar to the one used in James Cameron’s Avatar. With each actor’s movements recorded with motion capture suits, every facial tic, wince, or shrug is meticulously recorded, allowing the actor’s entire emotional range to be expressed in game.

Ellen Page’s fan boys/fan girls will be pleased to know that the Juno actress’ likeness is so accurately captured that you are not just playing as Ellen Page’s avatar, you are actually Ellen Page. Page and Dafoe give very impressive performances, with their vocal inflections and body language bringing to life their in game characters.

Controls are simple enough: The left analog stick allows you to control Jodie, the right analog stick allows you to carry out actions. Quick time events also make a return from Heavy Rain. When in-game prompts appear, you have to push several buttons in succession, use the Sixaxis controller’s motion sensing technology, or flick an analog stick, but it’s nothing too complicated. The game even slows down during some of these instances to make it easier for you to input these actions.

Controlling Aiden is a different deal altogether. As an entity, he is able to go through walls and floors and manipulate objects with telekinesis.  And occasionally, you are presented the option to choke enemies to death or possess other enemies to help you perform kills.

There is also a two player mode in Beyond, where one player takes control of Aiden and another of Jodie, in case your friend or significant other is tired of just simply watching you play the game without having any input. The slightly gimmicky option to play Beyond with your smartphone or tablet is also available.

However, the overly simplified control system might turn off more ardent gamers. It almost sometimes feels too easy blocking attacks or taking cover from enemy fire when a popup appears on screen telling you exactly what to do. Beyond is clearly aimed to include the casual gamer, whose gaming credentials might only be Candy Crush Saga.

It also gets slightly annoying when Jodie can’t exactly explore her surroundings in greater detail. If you walk in a direction that doesn’t advance the plot, the game “helpfully” turns you around. Even Aiden, a supernatural entity, can’t exactly go anywhere he pleases, being impeded by invisible walls and blockades.

What I was really looking forward to in Beyond was its story. Billed as an interactive drama, I was expecting a whopper of a tale, since the narrative is key to its success as a game.

Broken up into about 24 different chapters, Beyond unfolds in a nonlinear fashion, jumping between different points of Jodie’s life. One chapter you are 8 years old, trying to fall asleep on your bed and hiding from imaginary monsters. The next, Jodie is all grown up, wearing combat gear, and breaking necks on a CIA mission.

The chapters are of varying length, with the action packed chapters spaced out between shorter more emotional ones to give you a little bit of recovery time in between the more hectic chapters.

As the game plays out, Jodie is faced with a series of situations where you have to make choices. With options such as a Cold/Angry/Ironic reply or gesturing with Yes/No/Shrug, pressing the appropriate button lets Jodie deliver the response you desire, which in turn affects how the scene plays out.

Jodie’s story is one that seems to be a mish mash of various supernatural/science fiction stereotypes: A young child who can see entities (The Sixth Sense), doesn’t fit in and gets bullied by her peers (Carrie), but whose powers are essential to save the world (nearly every Hollywood blockbuster movie today). It is not particularly original, but it is forgivable. 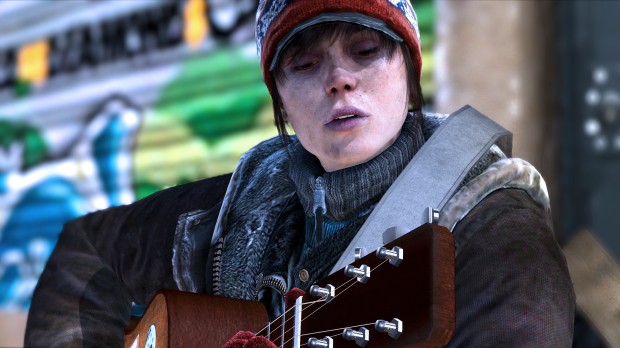 Disappointingly though, the narrative and storytelling, the things that you expect from an interactive drama like Beyond to excel in, is awfully poor. Part of the blame can be placed on the story’s non-linearity. As we jump back and forth in Jodie’s timeline, you don’t really get a coherent sense of Jodie’s growth as a person or her motivations.

Besides being disorientating, it creates several serious storytelling problems. How are you supposed to respond to someone Jodie has known for years, when you meet him for the first time in game?

And while the supporting cast shines (especially Kadeem Hardison who plays Jodie’s other father figure in the game), they aren’t given enough time to grow within each chapter for us to appreciate them before we jump away to another point on Jodie’s timeline.

Jodie cries a lot in this game, to a point of ridiculous absurdity. For a woman that has been living with a spirit tethered to her, who has trained in the CIA and has the ability to see dead people, wouldn’t she be a tougher character? And the game seems to dwell a lot on the unhappier moments in Jodie’s unhappy life. I can’t seem to recall a single chapter where she was, well… happy. Sure, life has dealt her a tough hand, but nothing destroys credibility when the game mostly has Jodie tumbling from one unfortunate incident to the next.

Granted, there are several highs in Beyond, especially in the chapter where you interact with a group of homeless people. Forced to beg and suffer in the cold, you are turned away by shop owners, and people walk pass you trying to avoid your gaze. It is a triumph of a chapter, giving you an intimate sense of what it feels like to be living off the streets.

However, Beyond doesn’t use moments like these to its advantage, and never really attempts to build upon story points developed in those chapters. Instead, each chapter feels like an isolated silo, with the only link between each chapter merely being the characters involved.

More often than not, the writing is riddled with clichés. Cage tries his best to deliver a story with a chock-full of various themes but it only results in a mess. At times, it gets painfully obvious what he is trying to drive at, but his writing lacks the gentle subtlety that makes great stories memorable.

As much as Beyond tries to pride itself as a game of consequence, all the repercussions of your choices only seem to come to a head at the epilogue of the game. I expected to see more of Jodie carrying the weight of her decisions throughout the game, with her reacting to other characters depending on the choices I made in previous chapters. The result is several characters interacting as though nothing had happened between them in the past, which further broke the believability of the story.

I desperately tried to feel something from Beyond. Here is a gorgeous game, with bona fide actors helming the lead roles, in an epic 10-hour game. It was a great chance for the industry to prove that videogames can be taken seriously as a storytelling medium.

Unfortunately, while the flesh is willing, the spirit is weak. Beyond feels like an empty present wrapped in a beautiful wrapper, promising so much, yet heartbreakingly disappointing at the very end.

Beyond: Two Souls is a PlayStation 3 exclusive and retails at a recommended retail price of S$69.90. A copy of the game was submitted to NGNT for review purposes.

The caveat of Dark Souls PC: Prepare to Die Edition