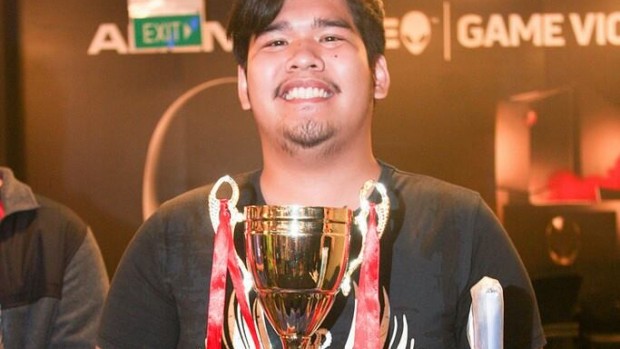 Ask any BlazBlue: Chrono Phantasma (BBCP) player which character they fear most, and most will answer: Kokonoe. She has high damage output, strong zoning tools, and a very dirty teleport to mess up your game plan. So perhaps as a testament to her top-tier power, last week’s Southeast Asia Major 2014 (SEAM 2014) grand finals for BBCP was exactly that: a Kokonoe mirror match between first place Robert “Blickwinkel” Andrada, and Singapore’s hot favourite Nicholas “SEO” Choo.

We managed to speak with 22-year-old Blickwinkel, who is currently studying for a degree in Game Development, after the tournament to get his thoughts on Kokonoe, SEAM 2014, and how he got his nickname.

Q: Congratulations on winning SEAM 2014. How does it feel to be champion?

Blickwinkel: Of course, I felt ecstatic! I consider winning SEAM 2014 to be one of my greatest achievements. Words cannot express how the feeling of awe came about me when the moment of truth came that night. In the same vein, the Philippine community, as humbly as they could, was also extremely happy for my win. I really do hope that the level of competition will reach even greater heights because of this.

Q: Tell us a bit more about the fighting game community in the Philippines.

B: I’m not so sure about the other fighting game communities, but I believe the Philippines BlazBlue community has been around for about three to four years, but I can’t be so sure as I only joined in late 2010.

We definitely have a few we consider to be community leaders, but they’d rather not acknowledge that fact because they’ve always wanted that our competitive scene to be a collective effort, thus receiving equal acknowledgement of everyone with every achievement our little community manages to get.

(Editor’s note: They used to have a website at iairdash.com, but the link seems to be dead for now. They also have a Philippines thread over at the Dustloop forums.)

Q: How did you come up with the nickname that you used for SEAM 2014, “Blickwinkel”?

B: I got it from another game, I think it was called Ever17 and as far as i know it means “Third Eye” or perception from another plane. This has been the tag name I’ve been using ever since I started playing BlazBlue competitively in the Philippines.

Q: Some of your fellow Filipino gamers have also called you by the nickname “Insan”. How did that originate?

B: “Pinsan” is the local Filipino word for “cousin”. My cousin was the one who introduced me to BlazBlue and, eventually, the community. Certain people in the community decided to address me as pinsan because they found it much more unique, as opposed to my very common real name [Robert]. As time went by, it got shortened to simply “Insan”.

Q: And now, the burning question on everyone’s mind: why did you pick Kokonoe as your main character in BBCP?

B: Let’s face it; Kokonoe is really strong. Not only that, but she’s just so much fun to use. She has a variety of tools and setups at her disposal and makes every match-up a unique experience. My only complaint would probably be her lack of defensive options, but then again, that would just make her too overpowered.

Q: I can tell you that that’s the exact same reason why your opponent, SEO, chose Kokonoe as his main. He’s quite well-known for always picking top-tier characters. How do you feel about SEO as a player?

B: SEO, on his own, is an incredibly gifted player and can only get stronger with the support he garners from the Singapore community. Knowing SEO’s capabilities, there is no real strategy against someone so strong except for keeping absolute focus on the fight, playing it safe, and going for an all-out aggression, [or] being completely straightforward in my tactics with the occasional shenanigan here and there to serve as surprises.

I simply can’t wait for the next opportunity we have to play each other again and, hopefully, with different characters.

Q: With different characters? Dreading the Kokonoe vs Kokonoe matchup?

B: I really don’t like mirror matches, especially Kokonoe. It’s really hard to tell what’s happening with all the shenanigans on the screen. If I would pick another character it would have been Makoto, I’ve mained Makoto since Continuum Shift 1 till Continuum Shift: Extend, but the nerfs to her in Chrono Phantasma were too harsh and that’s why I dropped her for Kokonoe. 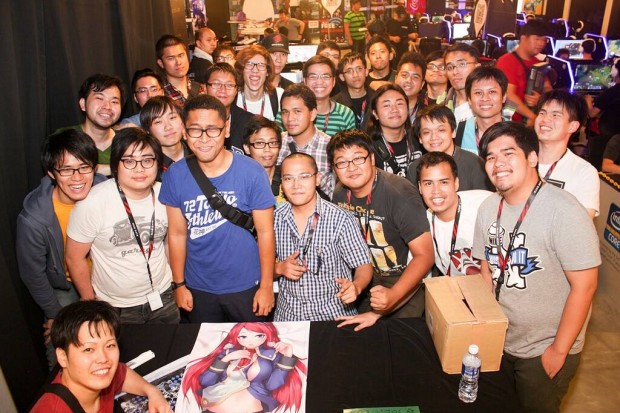 Q: You have also seen and faced many of Singapore’s BBCP players. How do you feel about our community?

B: It’s really hard to answer this question, considering how much I enjoyed the fighting against each Singaporean player. They’re all absolutely skilled players in their own right and vastly differ in the playstyle I’m used to.

As I’ve noticed, they are the kind of players who do not underestimate their opponent, respecting the possible capabilities of their current foe, and they sport some incredibly amazing setups on their respective characters. It was a grand experience to play against some very high-level players.

Q: How would you advise other players to best spend their time training for tournaments?

B: My training for SEAM was usually just casuals, people would go to my house just to play BlazBlue for 8 hours and above and other times I would be going to different houses just to play with different people.

I advise beginners to always attend casuals whenever possible, the amount of skill you get from playing with others locally is a whole lot better than what I experienced in netplay.

Q: What other games do you play besides fighting games?

B: For as long as I can remember, I’ve always been into any game so long as I perceived it to be enjoyable and, most importantly, competitive. I’ve played competitively in MMOs like Star Wars: The Old Republic and World of Warcraft, and other games like League of Legends. I’m a hardcore WoW player, never lost interest in it with all the content it offers. I am really excited for the Warlords of Draenor expansion and I expect it to be a real success.

It goes without saying that I’ve tried other fighting games, but BlazBlue won my heart over due to its interesting cast, stylishness, and high-octane action.

Q: Have you chosen your partner to accompany you to Arc Revolution Cup 2014?

B: I don’t have a definite answer at this moment. All I’m going to say is that since Arc Revo is on a 2v2 format, it is of the utmost importance that my partner is someone I have the best chemistry with. I cannot stress that enough: chemistry.

Q: Last question — any shoutouts that you would like to give?

B: I would just like to say thank you for everyone in the Philippines that supported me in my trip to Singapore. And to Singapore for hosting such a wonderful event. I wish that this win would help our fighting community grow and build a better reputation in our country.

BlazBlue 2vs2 tournament this Saturday (26 Sept) at Bugis Virtualand