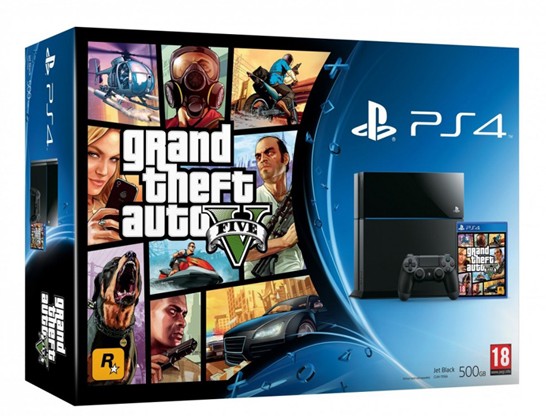 The bundle will be available at a suggested retail price of S$699 and will also include an extra PlayStation Plus 12-month membership, one-year of extended warranty, and a SG$15 PSN prepaid card for use on the Asia PSN store.

The PS4 version of GTA V will be scheduled for release on 4 November 2014, and is meant to be an upgraded version of the original GTA V that was released on PS3 and Xbox 360 last year.

GTA V for PS4 promises increased draw distances and higher graphic resolutions, new weapons, new vehicles, and new activities. Basically everything to suck you back into the city of Los Santos.

Unfortunately, I already bought a PS4 at GameStart 2014, so I will probably give this bundle a skip. But I have to admit, with all the additional goodies, this bundle is a real steal for those still on the fence about grabbing a PS4.