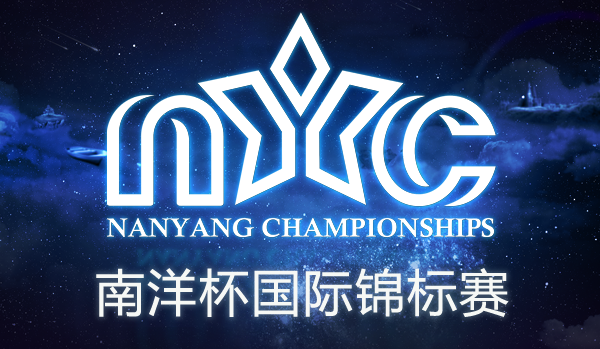 The pricing details for the US$200,000 Nanyang Championships Dota 2 Tournament have recently been released. Fans can attend this premier tournament in-person in our very own hazy Singapore from 28 October 2015 till 1 November 2015.

Prices depend on where you are sitting in the hall and how many days you plan to go. The cheapest zone, the Purple Zone costs S$35.90 for a single day (excluding the Grand Finals), while the highly exclusive BVIP 4 day pass, which is limited to 79 tickets, costs S$859. This premium pass gives the attendee 8 key chain sets, 1 phone case, 1 autograph from the player of their choice, a pass to dine in the player’s lounge, 1 T-Shirt, 1 Mousepad, 1 Jacket, 1 After Party ticket, and photo taking sessions with players.

If you aren’t lucky to get tickets to live event, there is also an option to view the tournament in-client, with each e-ticket costing US$1.99. Twenty five per cent of the fee is contributed to the prize pool.

A tournament worthy of its price?

There is no doubt that it is great that a tournament of this magnitude is being held in Singapore and perhaps all of the Southeast Asia. Besides local interest, there looks to be interest regionally as well, with some fans commenting that they were looking to fly down for the event.

Confirmed attendees of the Nanyang Championships include a good number of teams that took part in this year’s The International, including Team Secret, Virtus.pro, Fnatic and Vici Gaming (which of course has Singapore’s very own iceiceice).

There however has been some displeasure on the Nanyang Championships Facebook page, with fans showing their surprise at the prices of the tickets to the main event. One commenter, Sheng Yang, commented post that is was “so expensive”, while Caleb Ng said that for a “first real legit tournament they blast the ticket pricing.”s

Singaporeans are probably not accustomed to paying such a price for watching an offline tournament, which possibly resulted in the unhappy comments. The last two major tournaments in Singapore which saw high level competition for DotA were the ok.- DOTA 2 Cup (which had a S$50,000 prize pool) in 2014  and the Asian Cyber Games 2013, (which had nine top regional teams compete for a USD$30,000 prize pool) at Downtown East, were open to the public for free. The Nanyang Championship clearly dwarfs the previous two tournaments, both in prize pool and quality of teams, thus possibly explaining the need to price the event.

DotA’s MOBA competitor, League of Legends, saw similar top level competition here in September 2014, when Riot Games held the group stages of the World Championships at the Singapore Expo, with tickets starting at S$25. Unfortunately, they chose not to hold it here again this year.

Since there is no real local equivalent for a tournament of this scale in 2015, we looked to other international premier events that were held this year for a comparison.

The International 2015 DotA Championships at the KeyArena

We start first with the big daddy of them all, Valve’s own The International, which was held from 3-8 of August this year. Think of it as the World Cup of DotA.

The International 2015 cost attendees US$99 to attend the entire 6 days of the main event. That works out to be about S$23.43 (without taxes and services fees) per day to watch the biggest DOTA tournament in the world live. When the tickets were made available online, they were sold out in just 6 minutes.

There were no VIP tickets for the Seattle event this year; instead Valve randomly upgraded lucky goers to VIP status, which allowed access to an exclusive suite with food and drink, an express line at the Secret Shop (where they could buy exclusive merchandise) as well as early access to the KeyArena each day.

As with previous The Internationals, fans could purchase a compendium for US$9.99, of which 25% is contributed to the prize pool. Compendium sales helped The International 2015 to accumulate the largest e-sports prize pool to date for a single tournament at US$18 Million, and it also allowed fans not fortunate enough to attend the event in person a way to enjoy the tournament in their own small way with exclusive items, drops, and challenges.

Closer to home, the DotA 2 Asia Championships were held in Shanghai, China from 5-9 February 2015. Referred to as “The International of the East”, the tournament had a final prize pool of slightly more than US$3 million, and invited top tier teams such as Vici Gaming, LGD Gaming, Evil Geniuses and Natus Vincere.

The cheapest single day Main event ticket cost CNY49 (S$11). The VIP ticket cost CNY899 (S$202) for the 5 day event and allowed ticket holders to watch the group stages live, gave them an exclusive Priority Pass for the merchandise store, and free premiums including a notebook, cap, gloves, stickers, T-shirts and a jacket.

The DotA 2 Asia Championship also offered its own compendium at US$9.99, of which 25% also contributed to the prize pool.  The compendium itself also came with its own digital items.

The International and the DotA 2 Asia Championships are both considered major tournaments, with prize pools exceeding the US$1 million mark. ESL New York 2015 on the other hand, a tournament that was just held (3-4 Oct), is considered a premier tournament just like NYC. With a prize pool of US$250,000, the 2-day weekend event at Madison Square Garden had Team Secret, Virtus Pro, and Fnatic attending alongside 5 other top teams.

One day access to the event was US$39 (without counting ticketing fees), while two day access went for US$59. The premier pass retailed for US$169, and gave access to premium area seating, a goodie bag, exclusive player autograph sessions, a behind the scenes tour, a DotA 2 ingame item and an invite to the ESL after party.

An e-ticket cost US$1.99 to watch the tournament in-game, 25% of that fee was contributed to the prize pool. Fans also had the option of buying a treasure chest or item associated with the event to show their support for the tournament.

How does it match up?

Comparing the tournaments head to head, the teams competing at each event are all undoubtedly top-tier. However, the International and the Dota 2 Asia Championships had compendiums and digital items as separately purchasable bonuses for fans to enjoy the game even more.

While ESL New York does not have its own compendium, the digital items and chests that could be bought in-game were a nice bonus for the attendees of the tournament.

Currently, there is also no word of a secret shop or additional digital premiums announced thus far for the NYC. (Edit: NYC has since mentioned on their Facebook page that there is a shop selling merchandise at the tournament. Digital premiums have also been announced at US$2.49 a chest)

Ultimately, to say that NYC is overpriced is a bit of a stretch, as the prices (besides the Dota 2 Asia Championships) hover around the same price point.

A heavy burden and a glimpse of hope

Fans were probably hoping that the price was lower for a first time major DotA event like this being in Singapore, judging by the initial sentiment on its Facebook page.

Perhaps NYC would have done well to price the tournament lower a With slightly cheaper prices, I believe there would have been greater potential to attract fans and the curious alike to attend tournament.

Still, the jury is still out on whether NYC will be a success. This is definitely a watershed event for Singaporean and Southeast Asian DotA. If there is positive attendance to a big event like this, local interest in gaming can only grow, and hopefully draw more fans to the games themselves. Other major e-sport organisations might now sit up and take note of that and bring more such tournaments here.

On the flip side, the opposite might happen if the response is poor, leading to stagnation and (god forbid) the scene completely dying out.

They may not know it, but a heavy burden is being shouldered by its organisers. One can only hope that come 28 October, it will do well.