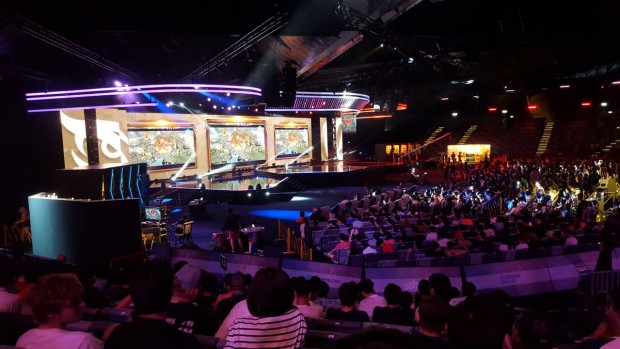 On 1 November, two juggernauts of the Dota 2 world, Team Secret and Vici Gaming, battled it out for supremacy at the Nanyang Championships (NYC) grand finals in Singapore. The tournament suitably came to an epic close, with Team Secret defeating Vici Gaming 3-2 in a keenly contested Best-of-5 series that ended at about 1am Singapore time.

Vici Gaming took Game 1, but Team Secret came back strongly in the next two games thanks to great team drafts from captain Puppey. Vici Gaming evened out the series in Game 4, with local favourite iceiceice playing an amazing game on one of his favoured heroes, Timbersaw. Unfortunately, Team Secret were just too good for Team Vici, winning Game 5 with a dominating 28-7 scoreline.

With a prize pool of over US$200,000, it ranked among the top Dota 2 LAN events in the world. Here are my thoughts on some strengths the tournament had, some issues it can improve on, and some things that got me wondering.

There is no denying that NYC showcased some world class Dota 2. From epic escapes (like Fnatic.MuShi dodging two LGD heroes above) and glorious plays, it was an absolute treat for the Dota 2 community. Lucky fans were even able to bump into their favourite players in and around Suntec City, where the games were being held. 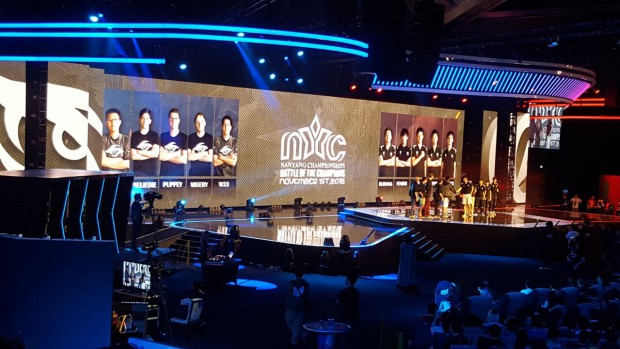 The stage at the Nanyang Championships

KeyTV, the Shanghai-based eSports content producer behind the event, spared no effort in decking out the stage. With three screens showing the match, booths for both teams, and professional casters flown in for the event, it was clear that the Championships aimed to deliver a top-notch experience for fans. (Edit: It has been pointed out to me that the “decked out stage” is default for the location. Still have to give props for the booths and casters though.)

NYC also looked after its players well, putting them up at the Marina Bay Sands and taking them to Universal Studios Singapore. EternaLEnVy of Team Secret was so impressed, he tweeted online that he felt “treated like a king.”

While the grand finals saw a sizable crowd watch Team Secret clinch the Championship, attendance was poor for the rest of the tournament. With most of it held during the weekdays during the ‘O’ and ‘A’ Level exam period, the Championship was planned around an awfully bad time.

As mentioned before, the pricing of the tickets could also have been a deterring factor. With the cheapest ticket priced at S$35.90 per day, the combination of price and poor timing could have been a little bit too much for even the most ardent Dota 2 fan.

Ultimately, the grand finals had an official estimate of 4,000 people watching it live, helped in part by sponsors giving out free tickets to help bolster attendance. This was also assisted by KeyTV’s decision to sell single day tickets for non-VIP sections for the final day. While the turnout on 1 November showed that there is an audience for eSports in Singapore, the scheduling and pricing is something that needs to be better attuned to local sensitivities. 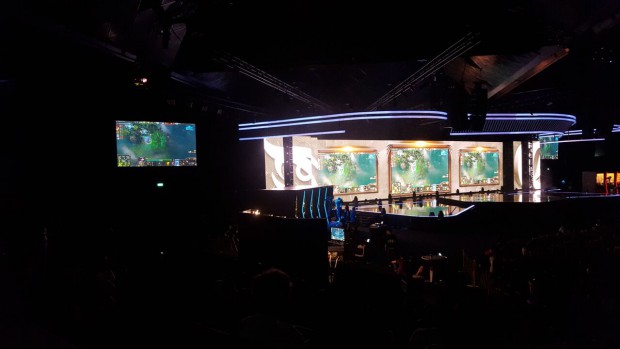 Screens from where I was seated at NYC

During the grand finals, I found myself seated at the Purple Zone, the cheapest sector, with a free ticket from one of NYC’s partners. Unfortunately, my seat was at an awkward angle to the screens. It also did not help that I got a headache due to the poor lighting as the games wore on.

Unlike a concert, Dota 2 has numerous numbers and statistics that are important to the game and not being able to see them dampened my enjoyment.

Granted, you get for what you pay for (or not). But a tolerable viewing experience would have been ideal. I certainly cannot imagine paying S$35 for the seat I got, much less S$50 for the seats I got for the grand finals. Mind you, these were the bulk of the seats they were selling. After all, why pay to have a bad view when I could be comfortably at home watching the stream? More screens and better lighting would have been a plus, which would have helped to truly justify the “live experience”.

Despite NYC’s great stage setup, its online stream ran into audio difficulties for the first few days of the Championships. This resulted in fans and Redditors mercilessly mocking the Championships for the truly terrible sound.  To be fair this was the first time an eSports event of this scale was held in Singapore, but it would have been better if stream tests were done beforehand to prevent this from happening. 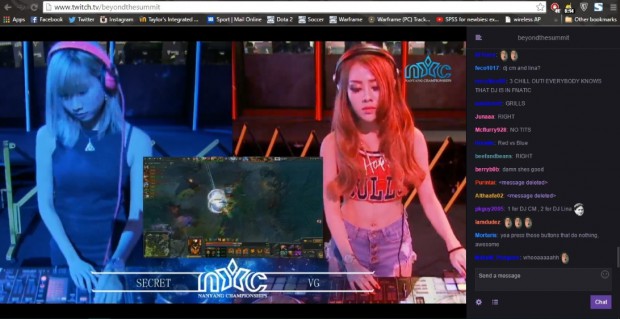 While I understand the need to fill up downtime between games (and perhaps pander to a male majority crowd), surely there were other options? That time would have been better spent on pre-recorded player interviews, plays from previous games, or some sort of statistical analysis. After all, the crowd came to watch Dota 2 and its players.

There was a theme? 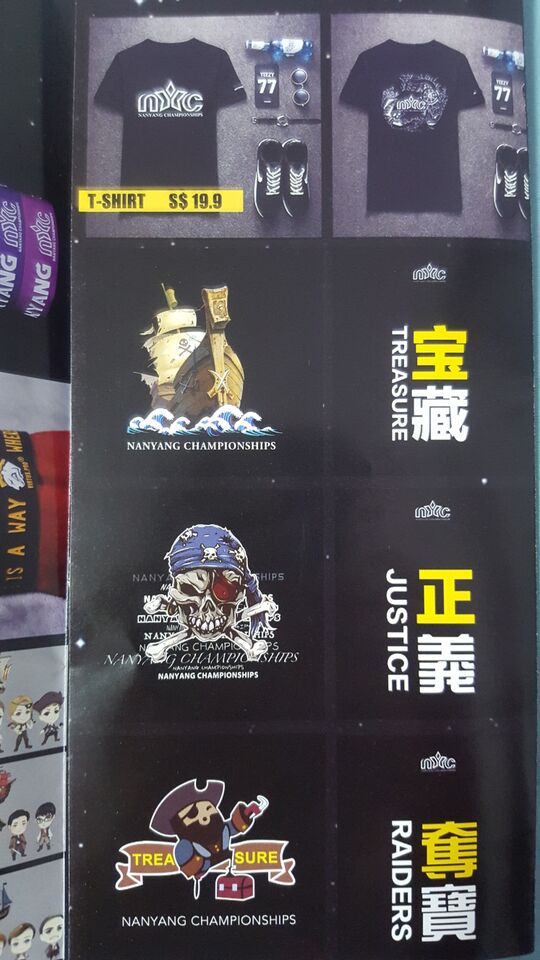 Curiously, NYC had a nautical pirate theme about it. Just check out this brochure of its merchandise. It was strange that this theme was not consistently used during the Championships.

With the tournament held in Singapore, perhaps calling the championships with the abbreviation “NYC” was not the best idea. Something like NYCSG would have been better to avoid confusion.

A second installment of NYC in 2016 would be a validation of the Southeast Asian Dota 2 scene. Curiously, at the time of writing, the Nanyang Championship’s website (nanyang.gg) is down, which is never a good sign. Whether a second edition is organised, we hope that future eSports tournaments of this scale will learn from the positives (and negatives) of Nanyang.

Analysis: DOTA Nanyang Championships: How does it compare?