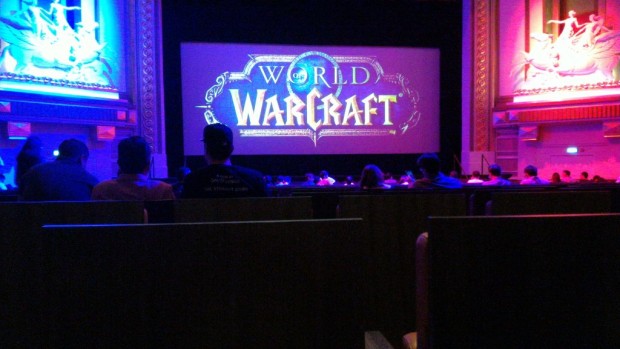 This review contains spoilers. If you are a Warcraft fan who enjoyed the film, then good for you. I am not forcing you to change your mind with my opinion — I am merely recounting my own personal experience after watching it.

Early on in Warcraft: The Beginning, we see antagonist Gul’dan draining the souls of prisoners to power up the portal that will allow the orcs to invade the world of Azeroth, thus starting the conflict between orcs and humans. He repeats this several times in the movie. I found this to be a perfect metaphor to describe the problems with this film — it is soulless, devoid of any charm or wackiness that made the videogames (be it the original strategy games or MMO) so endearing.

That Blizzard chose to add the subtitle “The Beginning” was already a huge alarm bell. In all honesty, the story of the first two strategy games wasn’t that great. It was the setting, the characters, the voice-acting of Bill Roper, and the overall mesmerising cartoonishness of it all that made the experience fun.

I do not fault the film’s producers for trying — it’s clear that a lot of technical wizardry and production work was poured into bringing Azeroth to life. Durotan, his wife Draka, and the entire orcish horde are incredibly lifelike. Some could argue that the CGI orcs are more engaging and easier to emphatise with than the humans. Stormwind is a beautiful city, complete with panoramic shots of a gryphon soaring through its skyline. The sinister, slimy corruption of fel magic is captured well on screen as it twists everything (and everyone) it touches. Khadgar and Medivh toss out lightning bolts and arcane spells that are visually striking.

But when the film moves along and tries to tell a story, it falls flat on its face with poor pacing and lack of any emotion or intrigue to keep me interested. The human characters are the biggest culprits. They are introduced too quickly, not given enough time to develop and build chemistry, then all of a sudden they start clashing against the orcs with swords and sorcery. When King Llane was backstabbed by Garona I felt absolutely nothing. Garona herself fell victim to the unncesssary-Hollywood-romance-subplot. Durotan’s defeat in his Mak’gora against Gul’dan was a completely wasted scene. It should have been a powerful, emotionally tragic moment. But I didn’t feel much.

In focusing so much on bringing their CGI world to life and staying faithful to the Warcraft lore, Blizzard and the show’s creators have forgotten the basics of how to make a good movie. Look, I’m not a movie director, and I won’t pretend to be an expert in film production. I am just simply a viewer who wants to be entertained, to have fun, and maybe have a few laughs. There are a couple of humourous fan-service references in the film, but it’s still not enough to wash away the dryness of the entire 100 minutes.

The week before Warcraft’s release I watched TMNT: Out of the Shadows. It was an okay film, nothing fantastic, but I still enjoyed it because it understood what made the original Teenage Mutant Ninja Turtles cartoons great. When the credits rolled a remixed version of the classic, iconic theme song from the 1987 cartoon was played. I loved it because it reminded me of how much fun it was to watch the series as a three-year-old.

It’s quite damning and disappointing that Blizzard themselves are no longer aware of what aspects of the original Warcraft made it fun to play, fun to watch, and fun to experience. Again, if you are a Warcraft fan who enjoyed this film, I really wish that we could swap places. I really wanted to like this movie. But as I exited the theatre after the credits had ended, all I had left was this huge gaping void in my heart — a giant feeling of emptiness and lifelessness, just like one of Gul’dan’s corpses.

The author went for the Singapore movie premiere of Warcraft: The Beginning at Capitol Theatre and paid for his own ticket.